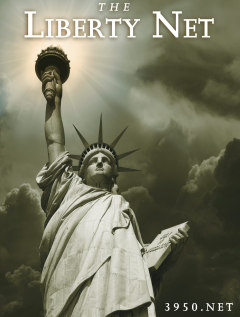 Find out more about the Liberty Net and listen online

SO MANY amateur contacts are empty and meaningless, an exchange of signal reports or technical descriptions of the most rudimentary sort. Such is seldom the case for the discussions that take place on or around 3944 kHz SSB (formerly 3950) during the weekly Liberty Net — a current events discussion net that has been meeting weekly since the 1970s.

Every Saturday night at 10:00 PM Eastern Time, the Liberty Net begins and usually runs until the wee hours of the morning. W1WCR, Victor Misek, was the Net Control Operator for over 40 years, and still checks in occasionally, and his commanding signal spans the continent and beyond with perfect intelligibility. In addition, Vic’s array of Beverage antennas (he is the author of the Beverage Antenna Handbook) allows him to receive signals through noise and interference that would stymie most operators, and relay important information to the rest of the net participants. The current Net Control Station is Steve, KA2PTE. (A fake Liberty Net run by a deceptive individual using the call sign KA8JOY, who is actually employed by law enforcement, also operates higher in the band. It is operated, ironically, by people who hate liberty. We call it the lack-of-liberty net! However, I guess imitation, as the saying goes, is the sincerest form of flattery.)

The Liberty Net is a formal current events discussion net, taking on political and social issues usually distorted or covered up by the controlled mass media, and has been in operation for four decades. Any amateur willing to follow net protocol is welcome to join. You need not agree with other participants. The only stations not welcome on the net are a few inveterate jammers who have made themselves obnoxious by purposely interfering with the frequency on numerous occasions.

The Liberty Net operates formally only on Saturday evenings. When intentional interference is present, sometimes the participants shift to nearby frequencies.

Sadly, there are some sick individuals who spend a great deal of their time trying to prevent the legitimate operators from having these conversations. In some cases, they claim to be “outraged” by the legitimate participants’ non-PC opinions. But regardless of their justifications, there is no legal sanction for the intentional interference created by these radio outlaws. This they have engaged in by transmitting music, noise tapes, tape loops or recordings of previous conversations or comments, monologues, obscenities, and other illegal interference.

Until 1992, when WA9KJI (who has since lost his license due to his intentional interference) began jamming in earnest, 3950 was a relatively peaceful 75-meter frequency where iconoclasts and traditionalists of many non-establishment worldviews could have intellectual, religious, political and philosophical discussions. It was unique. It was the highest-IQ frequency on amateur radio. It still is, when the moronic jammers with their filthy language and noise-maker tapes are absent.

I have come to the conclusion that for many (though not all) of the jammers, their objection to the regular Liberty Net participants is not mainly political or philosophical, but merely that the conversation is so far above their heads that they feel inferior — and they have a yen to destroy whatever is superior to themselves, if they think they can get away with it.

They are similar to the animated garbage who throw rocks through the windows of cathedrals or museums or great mansions because even the street curs’ dim consciousness can comprehend that these grand buildings are cultural manifestations of a world that they can never be a part of — and they hate that, passionately.

One of my hopes is that I’ll find myself in circumstances to join in discussions with the Liberty Net participants again soon.

Find out more about the Liberty Net and listen online 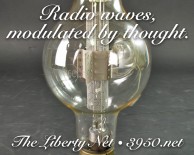 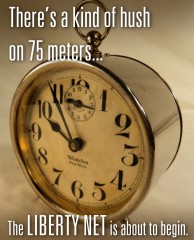 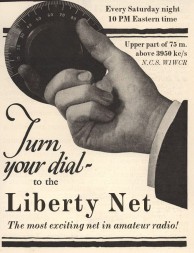 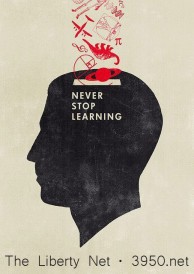 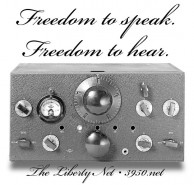