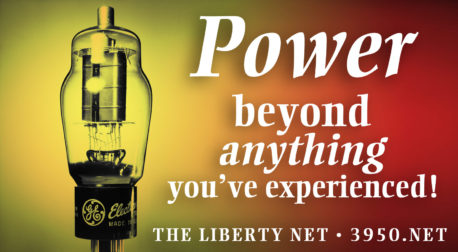 SINCE THE British people declared their independence from the EU, dirty tricks have begun in an attempt to thwart Brexit, issuing from the Jewish oligarchs and from the EU bureaucrats they employ. Even Fetchit darkly hinted that Brexit hadn’t “gone through” yet — and might not. But there are also rumblings from the people themselves — in Italy, Austria, Hungary, and the Czech Republic, there are strong movements to leave the disastrous, anti-White EU. Nationalism and self-determination are on the rise, and it’s great to have lots of good news to report on the Liberty Net.

Here are a select few of the topics debated on this week’s Liberty Net, along with my take on them:

• With all the oligarchs’ opprobrium heaped on the heads of White people who, like members of all races, prefer to live and work among their own kind, it’s amazing how many Britons openly stated that their reasons for voting “leave” were to some extent racial — though those who fear the “racist” label hasten to add that they object just as much to Eastern Europeans taking their jobs. Myself, I think they protest too much and the latter addition is cowardly and largely untrue. (20 minutes)

• If you jam the Liberty Net — if you attempt to take over the Liberty Net live discussion room and insult its participants — if you send out character assassination emails when you don’t get your way — don’t expect to be treated as anything but a jammer when you try to check in, because that’s exactly what you are. (27 minutes)