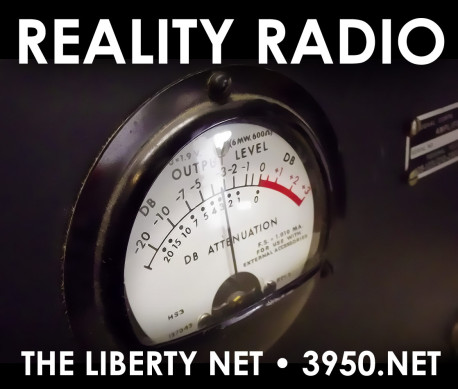 NOT ONLY is the Liberty Net on twice a week now — Saturdays and Wednesdays — but every Sunday many of the same participants (and others too) take part in the Survival Net, which focuses less on current events and more on how you, your family, and your community can survive in whatever hard times may be coming our way — from natural disasters to government oppression. Check in and share what you know with others. All our nets start at 10PM Eastern Time.

• A nation which fails to take sex differences and race differences into account is a society which will not long survive on Earth. (7 minutes)

• In the former American city of Cleveland recently, police were on high alert after a group of Blacks were overheard planning to attack officers using motorcycles and guns. The best solution to this worsening situation is not more police powers — or less. The only real solution is racial separation. (20 minutes)

• The murder rate doesn’t go down in step with the severity of “gun control” laws. It goes down in direct proportion to the scarcity of Blacks and Mestizos in a given area. (24 minutes)

• Why do right-wing folks so often fall for these breathless “revelations” of “foreign troops entering the US”? (Most of these stories are probably disinformation from intelligence agents. I think they serve some psychological needs in right-wingers — the most obvious being the comforting but erroneous idea that our own troops and our own government are still benign and still “on our side.”) The regime in Washington doesn’t need “UN tanks” or foreign troops to exercise its tyranny over us — it’s made the entire country into little better than a death-row prison camp with its own bureaucrats, police, and troops. (29 minutes)

• Pauline Hanson in Australia has just announced the revival of her nationalist, pro-White political party — and the results are encouraging. (35 minutes)