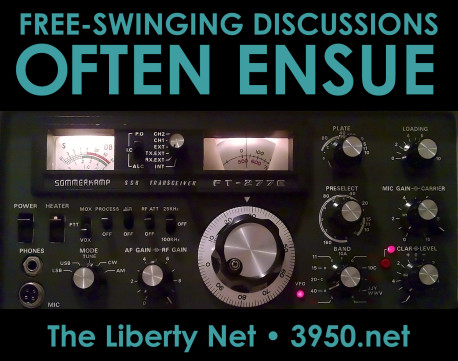 • Greece is a small country, with a total population — 11 million — smaller than that of many large cities. Yet it is expected to bear all the social service and other costs of a massive multi-year alien invasion involving millions of “migrants” with no end in sight. (27 minutes)

• Among 18-24-year-old Greeks, Golden Dawn is now the most popular political party. Barring a Soros, Mossad, or CIA intervention, it looks like the bankers’ bloody hands will soon be off the throats of the Greek people — and the southeastern “migrant” invasion route will be effectively closed. (35 minutes)

• One of the largest population genetic studies ever performed concludes that, despite decades of media brainwashing and propaganda, American Whites have, with very few exceptions, maintained the purity of their European bloodlines, and racial mixing has been negligible. When reporting the study, the Jewish-controlled media — no doubt angered and disappointed — described us as “shockingly European.” (36 minutes)

• A popular Austrian magazine recently self-censored and deleted the results of their own poll, in which over 55 per cent. of participants said they would vote for a resurrected Adolf Hitler if he would rid Europe of “migrants.” In a related story, a group of jokesters began putting Hitler quotes (without attribution, and with the word “Jews” changed to “migrants”) as comments on Britain’s Daily Mail Web site. These turned out to be some of the most popular “upvoted” comments among readers — until the Mail got wind of what was going on and banned them. (39 minutes)

• An Indian tribe in Canada is under attack for its law banning residence in tribal territory to tribe members who marry outside their race. But so far they have stood firm and their eminently sensible law is still in force. (40 minutes)

Remember, you can listen to the Liberty Net every week — usually on 3995 kHz, plus or minus the interference — every Saturday night at 10PM Eastern Time (and every Wednesday as well), and also via the Internet. You can also download the Liberty Net right here at https://3950.net and listen in your car, at work, or wherever you like. Listen to the Survival Net, Sundays at 10PM, too. Check in on the air and join the excitement!