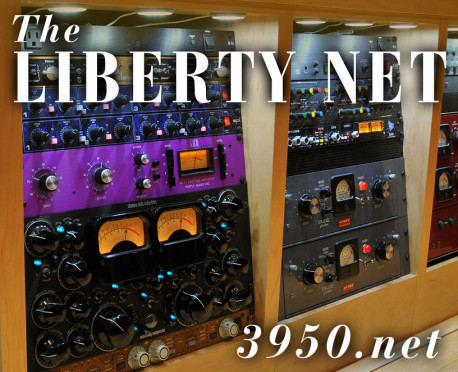 Here’s a short selection of some of the topics that were raised during this session of the Liberty Net, along with my commentary:

• Tens of thousands of “migrants” have been stopped in Greece, and, if the patriots there have any say in the matter, they will soon be dispatched out of Europe and into Turkey. The most important issue here is not religion or rape or the economy or “refugees” but the preservation of the White race in Europe. (24 minutes)

• Both Korea and Sweden have openly announced that they are moving toward a “cashless society” in the next few years. This means that the banks and the governments they own will have even more of a stranglehold on us than they already do — and financial privacy will be a thing of the past. There would no longer be any way to challenge the demands of the government or the banks, since they could simply cut off access to your funds if you had a dispute with them. The only people who could possibly support such a thing are either tyrants or their dupes. (27 minutes)

• More than $81 million is still missing from the central bank of Bangladesh after the successful hacking of their account at the New York Federal Reserve last week. (32 minutes)

• Why does the Pope denigrate the idea of a wall on the southern border of the United States? The Vatican, after all, is a walled city and from all accounts the wall there is quite effective indeed. (49 minutes)