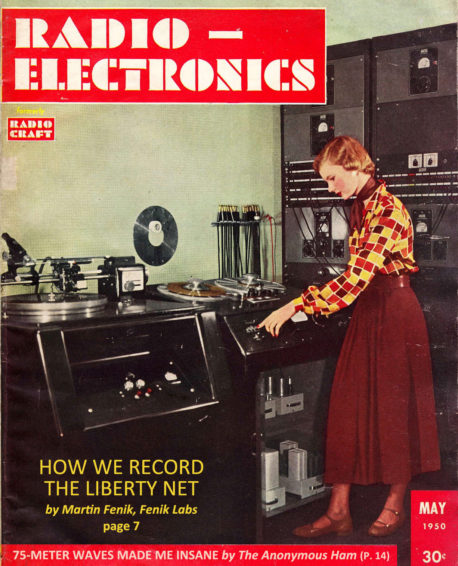 SOME LISTENERS wonder why some Liberty Net stations use wider transmit and receive bandwidth than the “standard” amateur bandwidth of 3 or 2.7 kHz. The truth is that, when the band is clear enough to use 5 or even 7.5 kHz, you can actually get better intelligibility and clarity using a wider bandwidth that is closer to high fidelity than you can using narrow “communications quality” audio — and you have the added advantage that subtleties of inflection, emotion, personality, and meaning come through better too. One of the advantages of modern software defined radios (SDRs) is that they can easily be configured for any bandwidth you choose.

Here are my choices from among the ideas brought out on this week’s net, along with my comments:

• When using a high power amplifier, it’s good to wire the power supply to run on 240 volts instead of 120, as the latter requires twice as much current for a given amount of power, and that tends to stress certain components — which can lead to a higher incidence of failure. (7 minutes)

• Guccifer 2.0 has been having a field day, revealing the inside emails and other communications of Democratic Party honchos including Nancy Pelosi. One observer said that the newly-confirmed massive criminality of these politicians should, if prosecutors were honest, lead to so many prosecutions that the government would surely fall — which would be a most welcome development. (31 minutes)

• Do you think we could go just two stinking weeks without a murderous “Allahu Akbar” incident from the nice Brown people who are now enriching our countries with diversity? Didn’t think so. (36 minutes)

• Perhaps the reason Islam (which literally means “submission”) has such a hold on the dark Semites of the Middle East is because it provides a means of social control inherently needed by people with little genetic propensity for self-control — serving much the same purpose that Farrakhan’s Nation of Islam does for many Blacks in America. (46 minutes)

• So many political efforts come down to “if only we can get the voting public to realize” this or that. But I ask: Have you ever taken an actual look at the “voting public”? Up close? Most of these people can’t make even the most basic rational choices for themselves, so it’s foolish and hopeless to think they could ever make intelligent choices for society as a whole. Time to either drastically restrict the franchise, or junk the whole ill-thought-out concept of mass democracy. (1 hour 4 minutes)