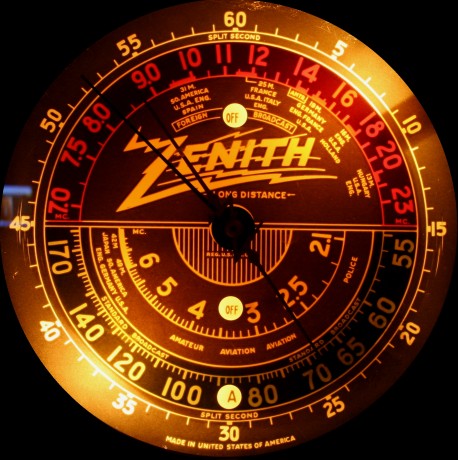 WHAT’S THE BEST use of your time on amateur radio, or for that matter your time on Earth? Racking up points that prove that someone heard you say “5-9” in Tierra del Fuego (when your signal was really 4-7)? Or learning about the world around you, about history in the making, and teaching others? Think about it. And then check in to the Liberty Net.

Here are some of the ideas discussed on the Liberty Net this week:

• The city of Seattle is now employing “garbage commissars” who will issue fines if they find you have been throwing away too much food waste. (10 minutes)

• There is debate about the religious affiliation of Alton Nolen, arrested for beheading a woman in Oklahoma City. Nolen, who claimed to be a Muslim convert, also had Christian and Jewish slogans tattooed on his body. Perhaps he was driven more unstable than he was to begin with by Semitic religions in general and Islam in particular. But there’s no doubt about his race, however: Nolen is Black, and the prosecutor in the case says the attack was about race, not religion. (25 minutes)

• In many areas, the public school system is little more than a zoo — a cesspool of drug abuse, racial mixing, loveless sex, criminality, and violence — all steeped in a culture of anti-White hate. If you love your children, home school them. (54 minutes)

• A huge new oil field has just been discovered in Russian arctic territory, which may come into production in as little as five years. (59 minutes)

• In Sweden, it will soon be illegal to speak out in opposition to non-White immigration and the extermination of native Swedes. (1 hour 1 minutes)

• When an anti-White accuses you of being a “racist,” don’t play their game or use their phony term. Just speak boldly and tell the anti-White — and anyone who’s listening — that he is working for a world in which Whites will be a tiny, vanishing, minority, slated for extinction. (1 hour 12 minutes)

Please check in with your call sign, and add your voice to the most exciting net on the amateur bands — every Saturday night, starting at 10PM Eastern Time, and Wednesday nights at the same time. (And check out the Sunday 10PM Survival Net too.)  The frequency varies to avoid causing interference, but is almost always somewhere above 3950 kHz LSB, quite often on 3995 lately.

Our deepest thanks go to W1WCR for his hard work and courage in running the Liberty Net, which is now in its 40th year.