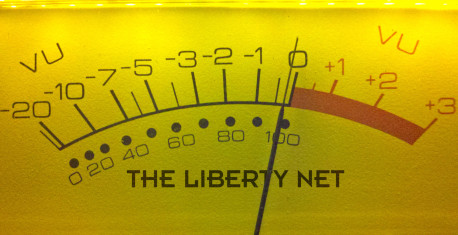 IF YOU’RE a Liberty Net listener, you should know that we have a live discussion room where you can chat in real time with other Liberty Net listeners and participants. It’s useful for on-air operators, too. Just send an email via the contact form on this site, tell us what user name you’d like to use, and well send you a password so you can join us.

Here’s my summary of and commentary on some of the subjects discussed on the net this week:

• In Stockholm, police have been ordered not to report any information on the race or ethnicity of killers, rapists, or other criminals — because to do so might be “racist.” If Swedes ever retake their country from those who misrule them, they will need to have a very large quantity of stout rope. (11 minutes)

• In Pakistan, a 15-year-old boy cut off his own hand because he misheard the words of his Imam at a religious meeting. This kind of act is disturbing on its face, of course, but what does it imply about the level of true belief and fanaticism among the invaders now flooding Western nations? (14 minutes)

• The solution to the “migrant” invasion of Europe is an absolute refusal to accept even one non-European, and an airlift or flotilla to take those who have fled the Israel- and US-inspired chaos in the Middle East to relatively unaffected Muslim countries outside of Europe. (21 minutes)

• Utah and some other western states are making moves to take back the huge amount of so-called “federal” land still controlled by the Washington tyranny. Much of this land was promised to be returned decades ago, but nothing was done. This could be a peaceful way to better resolve conflicts such as that between ranchers and murderous federal thugs. (24 minutes)

• The Middle Eastern invaders are overwhelmingly male, and males pursue females. And our traitorous educational and governmental and religious systems have taught a whole generation of White girls that it is a “sin” to be “racist.” (1 hour 8 minutes)