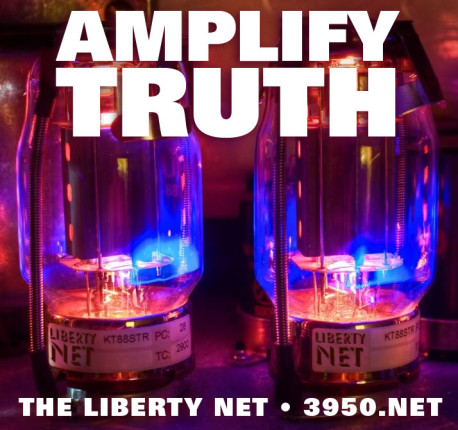 AS HALF of North America is blanketed with a thick coat of freezing snow, there is no better time to gather in our warm radio rooms and communicate with like-minded free thinkers all across the continent on one of the first electronic social networks ever developed — the Liberty Net, going strong since 1974.

Here’s my summary of, and commentary on, some of the subjects discussed on the net this week:

• Poorly-informed patriots are often heard to say things like “2016 will be the year that elections are canceled by Obama” or “this year the New World Order will finally take away our freedom.” These statements are more than a bit bizarre in the light of the fact that 1) our most important freedoms have already been taken away from us and 2) mass democratic elections, always dominated by the unintelligent and easily-fooled majority, are the way the oligarchs control us — and so their cancellation would be nothing to bewail. (19 minutes)

• Another famous and long-running American brand has been sold to China — this time it’s General Electric appliances. So-called “free trade” is a way of increasing the wealth of the oligarchs at the expense of our own working people. (30 minutes)

• The neoconservative meme of “in the ‘Iran deal’ we’re giving Iran $150 billion” is completely wrong. This is money which is simply being returned to Iran after the Washington regime brazenly stole it on trumped-up pretexts several years ago. (37 minutes)

• Store water, medications, food, weapons for protection, and other necessities, and make provision for keeping warm — all without money or electricity. That’s a baseline investment that should take priority over stocks and bonds when planning for an always-uncertain future in an ever-declining America. (53 minutes)

• Could we really be in an economic depression, despite QE2, QE3, and QE-infinity? If the record lows of the Baltic Dry Index — an indicator of international shipping traffic — mean anything, then it seems likely. (58 minutes)