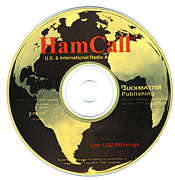 YOU MIGHT have noticed that I offer a link to Hamcall.net but not to the competition in the amateur callsign database business (QRZ). It’s my protest against the current policy of QRZ’s owner, Fred Lloyd, AA7BQ, of delisting amateurs who he dislikes. [UPDATE 2019: Now I also provide a link to the new callsign lookup site QRZCQ.com. Both sites are far better than QRZ.com.]

He’s done it to others. And now, based on the government’s lies about me — 99 per cent. of which were proven to be lies in federal court and the remainder proven to be lies subsequently — he has done the same thing to me.

Apparently Lloyd was influenced by bizarre and obscene insinuations about me (some based on the government’s lies, some made up on the spot) in his “QRZ Forums” — a free-for-all gabfest in which nothing is verifiable, including at times even the identities of the posters. The QRZ Forums often read like the slander- and jam-fests perpetrated by the worst operators on the amateur bands — or 27.185 for that matter.

I wrote to Lloyd on the subject, with documentation of what really happened to me, but he didn’t even bother to reply. I remain delisted at QRZ.

Hamcell.net is a better place to look up callsigns and showcase your station anyway. It gives you space to upload larger QSL-card-sized photographs and the ability to add an extensive biography section which allows embedded links to your own pages if desired. And nicest of all, your callsign and station data are presented in a professional manner with far less intrusive ads and promos than the ones that plague QRZ.