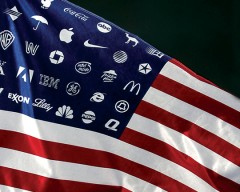 DESPITE CHALLENGES, like changing propagation that brought inadvertent conflict with another net, and intentional (and illegal) jamming from would-be censors, W1WCR’s free speech current events discussion net, the Liberty Net, did itself proud once again this week, with information and analysis of the news that you simply can’t get anywhere else.

Here are just a few of the topics discussed this week (times are from the beginning of the recording):

• Obama, who looks increasingly like a one-term president, gives everything to the bankers and nothing to the small businessman. (32 minutes)

• A Liberty Net member announces his support for the NAACP in their lawsuit based on lack of enforcement when it comes to Mestizo gangs attacking Black families. Why are no White Americans doing this? — we are victims of these gangs too. Where are the mainstream “conservative” pundits like Glenn Beck and Alex Jones? Why are they silent on this issue? (59 minutes)

• A corporation — Murray Hill, Inc. — is actually running for Congress, as a protest against the Supreme Court’s bizarre ruling that corporations are “persons” with the “right” to spend as much money as they want to buy politicians. (1 hour 4 minutes and also 2 hours 9 minutes)

• There is now not enough money in existence to to pay back the debt of the U.S. government. Will the Chinese — who hold much of that debt — find a way to “foreclose”? (1 hour 16 minutes)

• When “Russian” and “American” oligarchs (most of whom are not ethnically Russian or American) get in trouble, they often “make Aliyah” and find refuge in Israel. This trail of billionaire criminality is a major conduit for stolen American technology. (1 hour 34 minutes)

• Is Narcissism — such as that obviously displayed by Barack Obama — caused by Mama’s Boy Syndrome (the lack of a strong, responsible male in the household)? How dangerous are such people? How are they used by the power structure? (1 hour 36 minutes)

• Are corporations — even foreign ones — “human beings” who can participate, with their billions, in the political process? The current Supreme Court says they are. (2 hours 36 minutes)

• Was Microsoft involved in developing the software which the government of China uses to censor the Internet? Are the oligarchs who rule us — or their servants in the regime in Washington — planning to do the same thing to us? (2 hours 15 minutes)

• Did Indonesia send a statue of a “monkey god” to Barack Obama as a “good luck” totem? (2 hours 29 minutes)

• Freedom-lovers have made their way into the public consciousness with their Tea Parties. But what’s next? How about a National Strike? (2 hours 49 minutes)

• One hopes that the Tea Party movement stays out of the clutches of establishment hacks like Glenn Beck and Sarah Palin. (2 hours 50 minutes)

• Which has the worst and most corrupt state government — Illinois, California, or North Carolina? (3 hours 14 minutes)

• Should bankers and lawyers be forbidden to hold public office? (3 hours 18 minutes)

• Should the illegal Federal Reserve and its banker shareholders be waterboarded? (3 hours 33 minutes)

• Patriots should view the old Errol Flynn movie Captain Blood. The message in it is appropriate for these times: The day will come when the worm will turn and those forced to row under the whip will take power — and then the bankers and their politicians will fear for their lives. (3 hours 46 minutes)

• The inside story of the cover-up of the John Edwards love-child affair is shocking — and shows the total corruption at the highest levels of American politics. (3 hours 57 minutes)

• As the schools catastrophically fail, an increasingly incompetent education establishment repeats “Afrocentric” mantras to “boost the self-esteem” of Black students — while White students are abandoned and left totally out in the cold. If you are a teacher, to even criticize this situation leads to a loss of employment. (5 hours 5 minutes)

• There is now a nutritional supplement that can reverse age-related vision problems. (5 hours 42 minutes)

Net discussions begin at about the 13-minute point and the total length of the recording is 7 hours 25 minutes.

The participants on the Liberty Net are independent voices. They have no commercial, corporate, or partisan axe to grind — unlike the paid shills of the Democrat/Republican axis on Fox News or CNN. You can listen in — or take part, if you have an amateur radio license — on or near 3950 kHz every Saturday night starting at 10PM Eastern Time and lasting until well into the wee hours of the morning. If you don’t have a good quality shortwave radio, you can tune in live via N2SAG (and participate in live chat that is often relayed over the air) at http://stickam.com/thelibertynet. Or you can listen to delayed feeds via N2IRJ — or download the Net every week right here at https://3950.net .