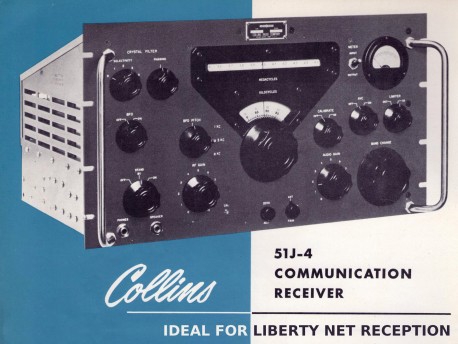 FROM ARIZONA TO MAINE, from the Midwest plains to Florida, amateur radio’s free speech Liberty Net just keeps getting more and more popular, even with the advance of Summertime conditions on 75 meters.

Here are just a few of the subjects brought up this week:

• Washington, DC’s “Police Week” included a moment of extreme irony when Michelle Obama welcomed a “rapper” to the White House who has openly sung the praises of of numerous killers of police officers. (23 minutes)

• Users of the Google Chrome browser — or Adobe Acrobat Pro — are easily able to see that the White House’s “long form birth certificate” PDF file is layered, which would be unnecessary if the file was a true scan of a paper document. Why would such serious anomalies be present in a simple scan of a real birth certificate? Alternately, why would a skilled faker purposely fuel doubts by leaving the layers in? But the most important question is: Why hasn’t a real expert been invited to examine the original? (31 minutes)

• Some school districts are raising local property taxes by 5 per cent. every year — a doubling time of just 14 years. Some are even trying to extract more than that from homeowners, many of them on the edge of bankruptcy themselves. With current economic conditions, governments need to be absolutely forbidden from doing this. (1 hour 10 minutes)

• In some primarily non-White areas of Illinois, real estate has become so worthless that the Bank of America is literally giving away homes they can’t sell at any price. Note to those who might want to live in one of these houses: Waking or sleeping or cooking in the kitchen, you’d be well-advised to be armed at all times. (1 hour 18 minutes)

• One of Obama’s half-brothers is Abongo Obama who, like his father, is a Muslim polygamist. He is close to his famous half-brother, and lives in Kenya, where he recently acquired a third wife. He is head of the Barack H. Obama Foundation, http://barackhobamafoundation.org/ (1 hour 34 minutes)

• According to the BBC, in the Congo 1,152 women are raped every day. Possibly for genetic reasons, rape is deeply ingrained in the national culture there, and is even commonly used in military operations. (1 hour 44 minutes)

• If you hear the Liberty Net next time — only a few hours from this writing — then I guess you weren’t raptured along with Harold Camping’s true believers, who predicted that the miraculous event would take place by 6PM today. (1 hour 59 minutes)

• In Greece, as in Iceland, awareness of what the bankers have done to steal the nation’s wealth is growing. A new political party has been formed, called the IWP (“I Won’t Pay”) Party, indicating a strong spirit of resistance to paying interest to the Shylocks for the “loans” which were created out of thin air anyway. (2 hours 9 minutes)

You can find the Liberty Net on 75 meters, almost always somewhere between 3950 and 3999 kHz SSB, every Saturday night at 10PM Eastern Time. Please check in, and also listen live on the Internet via N2SAG or N2IRJ, or listen at your leisure via the mp3 files posted here at https://3950.net every week. The audio files are usually posted on the Sunday morning following the net — you’ll always see the latest file at the top of the right column — just click to listen or download.

Thanks to W1WCR for running the Liberty Net for over three decades, and thanks to N2IRJ and N2SAG for giving the net a powerful online presence.