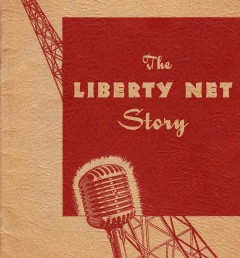 • Why do the phony leaders of the phony “women’s movement” say almost nothing about the mass immigration of non-Westerners who mutilate female children and treat women like slaves? Could it be because these leaders’ actual agenda is genocide against Whites, and has nothing to do with caring about women? (40 minutes)

• Officials in Detroit have been trying to slow down the mass burning of houses on so-called “Devil’s Night” there. Their technique? — close all the gas stations on that day. (54 minutes)

• Why are quasi-public agencies like Fannie Mae and Freddie Mac allowed to make political contributions to politicians in return for “sweetheart” regulations that allow them to defraud millions of people? Could it be that they, like the misnamed Fed, are just fronts for the same money-men who’ve been raping us for a century? (1 hour 10 minutes)

• Clint Eastwood has done some measure of truth-telling now that he’s reached old age: At the recent Republican convention, he dared — unlike the party leadership — to call Obama the biggest fraud ever to infest the White House, thereby calling into question the legitimacy of the entire Washington regime. And his amazing film from a few years ago, Changeling — which should be required viewing for brain-dead conservatives who think the police are always right — is now approaching million-seller status. (1 hour 15 minutes)

• After one of the most massive financial collapses in our nation’s history, precipitated by extremely well-documented banking and lending frauds beyond anything ever seen before on planet Earth, why has not a single involved fraudster been charged with a crime? (1 hour 28 minutes)

• Would having an elected Attorney General solve the problem of a criminal President being protected by a criminal Justice Department? (1 hour 33 minutes)

• Why has Apple developed and patented a new technology that allows companies and governments to disable your cell telephone “based on your location”? Imagine a protest group suddenly deprived of their ability to communicate with each other and unable to show government, police, or corporate wrongdoing via photos or video. (1 hour 39 minutes)