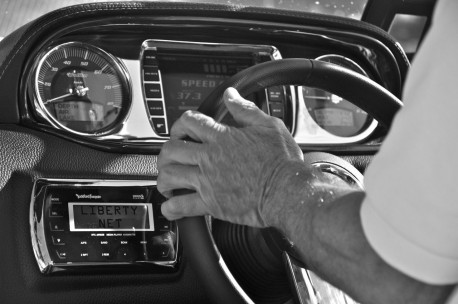 • The media coverage of whistleblower Edward Snowden seems to be focusing on all that Snowden has lost and may lose — even, potentially, his freedom — for his “crime” of exposing the crimes of the NSA. Is this being purposely done to intimidate other incipient truth-tellers? (32 minutes)

• The illegal Washington regime has been talking about establishing a “no fly zone” in Syria. Leaving aside the absurdity of DC bureaucrats declaring that people in other countries can’t fly in their own air space, so far it’s all just talk. The reason: They know that a very likely result of such a pronouncement would be a skyful of Russian MIGs. (36 minutes)

• More and more states — possibly soon including Pennsylvania — are enacting statutes nullifying all federal gun control and other unconstitutional “laws.” Under the Pennsylvania bill, agents of the regime in Washington violating the rights of citizens to bear arms would be guilty of a felony. (1 hour 1 minute)

• Jeb Bush recently argued at a “Faith and Freedom Coalition” conference that America “needs” more non-White immigrants, because non-Whites are superior to Whites in so many ways. This tells us all we need to know about the current conservative and evangelical movements. (1 hour 9 minutes)

• Even some of the party’s own members now admit that if the Republican party is stupid enough to support the invasion-amnesty bill, it deserves to die. (1 hour 15 minutes)

• With so much oil under the ground in North America, why do we fight endless “wars for oil” in the Middle East? The simple answer: We don’t. These wars are for Israeli dominance; the Israeli lobby controls the Washington regime; and oil has almost nothing to do with it. (1 hour 39 minutes)

Remember that you can receive the Liberty Net in the area of 3950 kHz and above every Saturday night at 10PM Eastern Time, Wednesdays at 9PM, and don’t forget the Survival Net at 9PM on Sundays — or listen live on the Internet (see the two “Liberty Net Live” links in the left column of this site for two live streaming sites with associated discussion rooms). And you can listen at your leisure via the mp3 files posted here at https://3950.net every week. Each night’s mp3 file is usually posted the next morning and will be visible that day in the upper right column of this site.