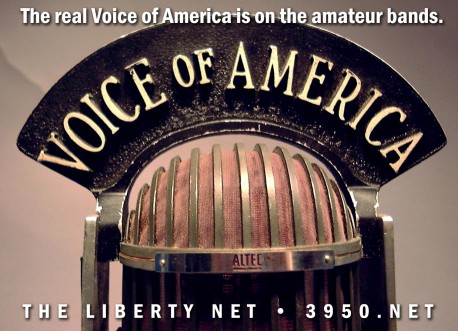 FROM THE LATEST developments in technology, to information that the financial elite and their politician employees don’t want you to know, the Liberty Net is the go-to source for knowledge in this dangerous and changing world. And it’s not a one-way street — if you have something you’d like other participants to know, please check in and speak your piece.

Here are a few of the latest ideas brought up and debated on the Liberty Net this time:

• Have you noticed the proliferation of private security guards, even in public spaces? They’re especially evident near financial institutions, who apparently are very nervous about the fact that millions of people are onto their scams. You have absolutely no duty to obey their commands. (25 minutes)

• Google’s snooping, and its cooperation with both the Beijing and Washington regimes, is making more and more people abandon them in favor of Startpage and other competing search engines. (30 minutes)

• If the US military were still serving our people’s interests, then its destruction by “affirmative action” and ignorant environmental regulations would be tragic. But since the US military now serves only our enemies and their Zionist wars — and will probably soon be used against our brothers in Russia and against us — maybe its destruction is a good thing. (35 minutes)

• Is Fox News’s intense promotion of the scandals surrounding Obama just typical partisan politics? Or is it fueled by the mostly-Jewish neocons’ desire to force Obama into starting a war against Syria and Iran? (44 minutes)

• When will Americans realize they have been living under a full-blown tyranny for many, many years? The immediate renewal of the odious and misnamed “Patriot Act” should have been a major clue. Under this illegal pretended law, the simple act of protest within sight or earshot of “the President” is grounds for arrest. (1 hour 3 minutes)

• It’s now been revealed that Barack Hussein Obama was entirely unknown to other students who were in, and eminent professors who were teaching, his supposed classes during his alleged time at Columbia University. The intelligence agencies are getting kind of sloppy, don’t you think? (1 hour 30 minutes)

• Watch for world-changing developments surrounding graphene capacitors — they are reported to be capable of storing more electricity, over longer periods of time, than batteries many, many times their size. (1 hour 45 minutes)

• The illegal activities of the NSA, CIA, FBI and other police state agencies could be shut down overnight if there was massive public resistance. Building a consciousness to bring that about is an excellent use of your time here on Earth. (1 hour 53 minutes)

Remember, you can actually participate in these Liberty Net discussions by checking in Saturday nights at 10 pm Eastern Time, somewhere above 3950 kHz on the 75 meter ’phone band, or by logging on to one of the live streams right here at https://3950.net/ or at N2SAG’s Ustream page, linked in the left column of our site. And don’t forget the Midweek Liberty Net on Wednesday night, and the Survival Net on Sunday night, both at nine. See you on the air!