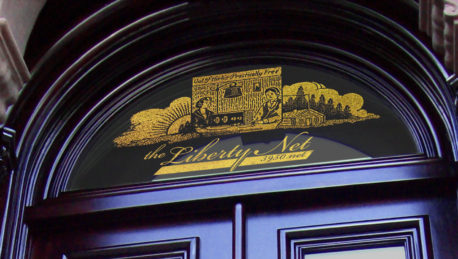 IT’S LIGHTNING season. There are many methods of protecting your station from nearby strikes (nothing can protect it from a direct hit). One method used here at WB4AIO is this: I use open wire feedline. Where it enters my home, the two balanced-feedline wires pass through the wall by going through through two narrow plastic tubes just a little bit wider than the wires themselves.

Just about an inch or so outside the wall, each wire of the feedline is connected via a Powerpole quick-disconnect connector. When a storm is approaching, I just walk out to the back of the house, disconnect the feedline, and toss it ten or 15 feet away from the house. (This is also done when mowing the lawn, so the feedline is out of the way and out of danger.)

There’s no better way of keeping a lightning-induced spike on the antenna from entering my equipment than by having that antenna’s feedline a dozen feet from the house!

Another thing I do is keep a 2-Watt 22 Megohm high voltage resistor connected across the open wire feedline at all times. This absorbs practically no desired RF, but effectively prevents DC static charges from building up across the antenna’s feed system during precipitation or storms. Such DC buildup can sometimes cause loud popping sounds in your receiver called “precipitation static” — or even cause arcing when a passing storm front brings a large atmospheric voltage gradient along with it. With the resistor paralleling the feedline, any such charge is bled off before it can cause any problems.

Here are a few selections from the topics brought out on this week’s net, along with my comments:

• The murders, rapes, and other crimes committed by non-White invaders being brought into Germany by traitorous politicians like Angela Merkel are getting so overwhelming that Germans are starting to call this 2016 season “Merkel’s Summer of Slaughter.” (21 minutes)

• Since they’ve made it virtually illegal to criticize Islam in Germany now, some are suggesting that the Christian Democratic Union party (CDU) should be renamed the IDU, or Islamic Democratic Union.  (1 hour 26 minutes)

• Is it possible that the recent release of John Hinckley (who tried to assassinate Ronald Reagan in 1981) was timed specifically to send a message to Donald Trump not to get too far “out of line” from what the Jewish power structure wants? (1 hour 33 minutes)

• Feminists, who claim to care about girls and women, must be insane to support Third World or Muslim immigration to White countries, since such invaders come from cultures where women are treated very badly. They must also be insane to suggest that the War Hag (Hillary Clinton) is a good role model for young women — unless they really think lying, stealing, and treating other people like dirt are admirable qualities. (1 hour 40 minutes)