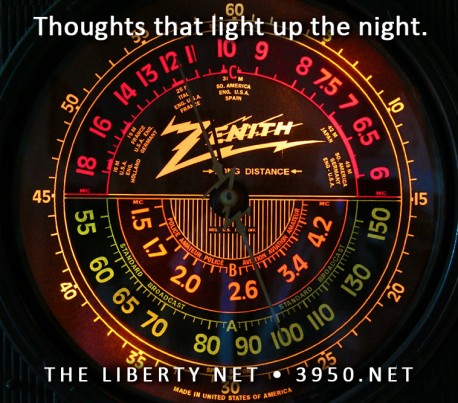 NEITHER SOLAR FLARES nor power surges, nor anything that the enemies of free speech have attempted, have stopped — or even put a crimp in the style of — the Liberty Net. The net has been on the air, serving the public interest, and expanding minds since 1974.

Here are just a few of the things that were discussed during this week’s session of the net:

• Now that the money-manipulators and criminal politicians have dug a deep economic hole for themselves — now that millions have awakened to their scams and crimes — will they play the only card they have left, and start another World War? It’s clear that the tyrants hate Russia, because Russia is not under their control, and recent false flag events indicate that Russian resistance to the ongoing attempted CIA / Mossad coup in Syria may be used as a pretext. (38 minutes)

• US Treasuries, at nearly zero per cent. interest, have now reached the point where many rational investors consider them unmarketable. What does that say about the solvency of institutions that hold vast quantities of them? (41 minutes)