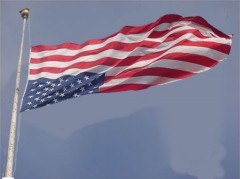 • The census department’s so-called “American Community Survey” is intrusive and unconstitutional. The supreme law calls only for enumeration, nothing more. Americans are right to refuse to answer. (31 minutes)

• A Compton, California fraternity supposedly held a “ghetto party” and the usual suspects wrung their hands and cried “racism.” But, it turns out, a Black comedian with a sense of humor about his own people’s foibles was behind the whole affair. (46 minutes)

• A grassroots movement called “Unplug the Signal” asks the question: Are we being manipulated by the media to accept the elite’s “change” agenda through a false Hegelian dialectic — and visceral fear? (57 minutes)

• Why do neither the Democrats nor the Republicans have an industrial policy for this country? All we have are industries frantically re-domiciling outside the U.S. in an effort to escape the regulation- and tax-mad Washington regime. We should send a research team to Switzerland to see how they succeed in attracting industry: they have a population with high intelligence and genetic quality which leads to good schools, a clean environment, low taxes and regulations, and exceptionally clean and safe cities. (1 hour 30 minutes)

• A huge percentage of the so-called “stimulus” money goes directly to an unintelligent underclass which immediately spends it on landfill-bound Chinese junk at Wal-Mart or the equivalent — effectively a subsidy of the Chinese regime by American taxpayers. (1 hour 31 minutes)

• “Conservative” hucksters are trying to get viewers to buy the Iraqi occupation government’s “dinars” in hopes of making a killing once the war is over. It’s far more likely that the value of the occupiers’ paper will quickly trend to zero once the invaders leave. (1 hour 36 minutes)

• The NAACP has given an award to self-described Communist Van Jones, calling him “an American treasure” and “the most misunderstood man” in this country. (1 hour 56 minutes)

• Historically, numerous African tribal kingdoms captured members of other tribes — or their own undesirables — and stored them in barracks near the coast to facilitate easy access and higher sales to slave traders. (2 hours 0 minutes)

Even though the storms in New Hampshire caused W1WCR’s main antenna support to come down, his array of verticals was not damaged. Propagation for short and medium distances was poor, but the long skip brought a check-in from Panama. It’s worth listening through the tough spots and the weaker signals to get the interesting and uncensored content.

Remember that the Liberty Net is a free speech discussion net. No one, myself and the regular participants included, agrees with everything said by everyone there — that would be absurd and impossible. Any licensed amateur station who brings courtesy and proper operating to the frequency is welcome to participate.

This week’s recording is 3 hours 54 minutes in length and about 80 Megabytes in size. The discussion portion of the Net begins at about the 22 minute mark. Listen to the Liberty Net every Saturday night — within 10 kHz or so of 3950 SSB, starting at 10PM Eastern Time.