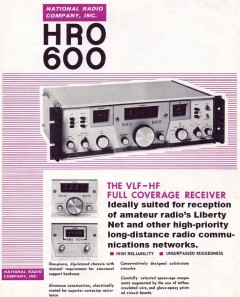 • George W. Bush bankrupted the country with his spending on unconstitutional programs and illegal warmongering, and Barack Obama is like G.W. Bush in spades: He’s doing exactly what Bush was doing, just more of it. (2 hours 59 minutes)

• With the Euro zone in serious economic trouble — and the dollar being inflated into infinity — is it time to consider a world currency as proposed by Dmitry  Medvedev? (3 hours 10 minutes)

• Why is Janet Napolitano calling for government “Internet monitoring”? Why is the founder of Wikileaks — who has exposed horrible American/Zionist war crimes in the Middle East — in hiding, fearing retribution from the regime in Washington? (3 hours 15 minutes)

• Is there something about the lesbian personality that inherently hates men, hates freedom, and wants to enslave anyone with a positive, free spirit? (3 hours 27 minutes)

• Many intelligent Americans are fed up with the entitlement-crazy underclass and the politicians who pander to them, and have started some tentative steps, with what they call the Free State Project, to forge a new nation on the soil of North America. (6 minutes)

• Scientists have now created an audio rendition of solar activity, so one can now literally hear the “music” of our solar system’s central sphere. (9 minutes)

• Moves are now being made to legalize the use of the Washington regime’s drone aircraft — the same kind that are being used to murder innocent people in Pakistan and Afghanistan — right here in the U.S. (13 minutes)

For a full Liberty Net immersion experience, in addition to listening over the air, log on Saturday evenings beginning at 10PM Eastern for live audio feeds of the Net (sometimes from several stations simultaneously) and live text chat too at stickam.com/thelibertynet via N2SAG.