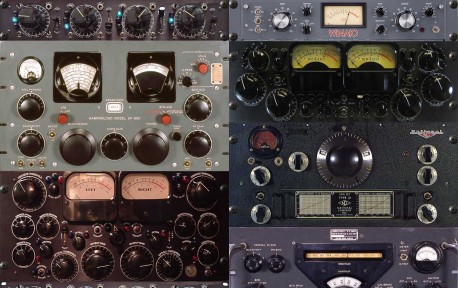 AS THE IONOSPHERIC propagation improves — both from rising sunspot numbers and because of the change in seasons — checking in and listening to the most intellectually exciting discussion net on amateur radio, the Liberty Net, is easier and more pleasurable than ever.

Here are some of the issues brought up this week on amateur radio’s best-known discussion net:

• With Ron Paul polling better against Obama than any other candidate, why are the billionaire-owned media almost universally failing to mention that fact? (10 minutes)

• Except for Paul, all of the current candidates are employees of the financial elite — and one of them, Herman Cain, was at one time a high official of the Federal Reserve System. (28 minutes)

• The controlled media can’t ignore the Occupy Wall Street protests anymore, so instead they’re purposely misrepresenting them by finding the craziest attendees and interviewing them as if they were typical. (42 minutes)

• As more and more honest, responsible people are foreclosed upon and lose their homes, one’s “credit rating” numbers become less and less relevant to anything in the real world. (1 hour 22 minutes)

• Some of the Occupy Wall Street protestors know that the real problem is the fractional reserve banking system, but a large segment of them just repeat the moronic mantra “poor good; rich bad” which the bankers themselves have taught them. If the ignorant prevail, the only result of the protests will be more of the same kind of incestuous “regulation” we already have — i.e., the kind actually written by the bankers and handed out to the legislators for them to rubber-stamp in between bouts of whoring. (1 hour 48 minutes)

• More and more people are supporting the idea of eliminating the income tax, which was illegally imposed on the American people. (2 hours 1 minute)

• No one — no one sane, that is — wants to buy US treasury notes anymore. And the criminals in Congress literally salivate at the thought of getting their hands on Social Security trust funds and pension trust funds. Since they can both unload treasuries and loot the funds by forcing the funds to buy treasuries, you better believe it’s going to happen. (2 hours 8 minutes)

The Liberty Net is a gathering that includes thoughtful, philosophical minds and well-informed sources every week, and any amateur operator can join in the discussion and debate. A big “thank you” to N2SAG and N2IRJ (whose feed will be the main live feed for the next few weeks) and especially W1WCR for their hard work which makes the Liberty Net — and its Internet annexes —  possible. You can download an mp3 recording of the Net right here at https://3950.net and listen in your gym, or on your way to work, or anywhere you choose.