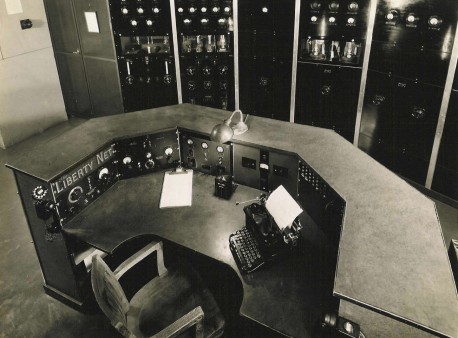 • It is estimated by the Gang Intelligence Center (GIC) that there are over 1.4 million active gang members in the United States, who are responsible for about half of all violent crimes. Now that the GIC has reported that almost all gang members are illegal immigrants and Blacks, the Washington regime has announced plans to de-fund the GIC. (36 minutes)

• It’s ironic that the Russian news service, Pravda, which was infamous for suppressing news during Communist rule there, is now, along with RT, one of the leading free sources of news that the oligarchs’ media in the US are covering up. (41 minutes)

• The misnamed US Department of Justice is totally out of control. It has recently arrogated to itself the “right” to shut down any Internet domains using the .com, .net, or .org suffixes, no matter where they operate in the world. They recently shut down a perfectly legal Canadian football gaming site, using “homeland security” as a transparently false excuse. Expect this precedent to be used for politically-motivated shutdowns, too. (50 minutes)

• The Washington regime has found a new way to oppress and steal from the weakest and most vulnerable among us: They are planning to send tax bills to those whose credit card debt has been forgiven, treating the forgiven debt as “taxable income.” (54 minutes)

• A new book — The Rise of the Black Serial Killer — conclusively disproves the myth that serial killers are disproportionately White. (1 hour)

• Iceland — in addition to being the first country to tell the bankers to go take a hike — has now become the first nation to put a former prime minister on trial for being complicit in the bankers’ frauds and deceptions. (1 hour 23 minutes)

Thanks to Marty, N2IRJ, you’re able to listen to the Liberty Net right now on your computer here at https://3950.net/ — or download the file and listen on your portable mp3 player. Check in via your ham rig, and also check out the live feed and chat during net times, and the additional feed from N2SAG, that let you make an end run around jammers and a fickle ionosphere.