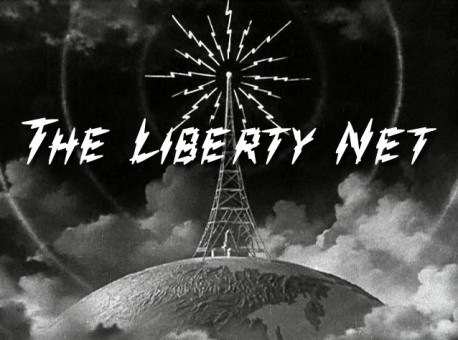 WE LIVE IN A STRANGE country in which leaders and aspiring leaders fall all over themselves to promise to defend the eternal sanctity of Israel’s borders — but care not a whit for our own. But there are rational people who recognize this insanity for what it is, and speak out about it on amateur radio’s Liberty Net, which has been serving the public interest, convenience, and necessity since 1974.

Here are just a few of the ideas discussed and debated during the net this session:

• The standoff at the Bundy ranch brought some fundamental issues to light — primary among these is the idea that the pretended “laws” enacted by the criminal Washington regime should no longer be regarded as laws at all. (21 minutes)

• With literally hundreds of thousands of pages of “laws” on the books covering almost every known human activity, evil men in power can cherry pick which “laws” they will enforce, and against whom — giving them the power to destroy anyone they choose. (31 minutes)

• Mashable.com has a handy list of sites that were compromised by the Heartbleed exploit. If a site you frequent was affected, the best strategy is to wait until the flaw has been corrected on that particular site, and then and only then change your password. (35 minutes)

• Why are jamming and unlicensed transmissions “legal” if the FBI and the FCC do them? That’s exactly what happened when the Washington regime were beginning their murderous siege in Waco in 1993. (56 minutes)

• At the regime’s nuclear facility in Oak Ridge, Tennessee, employees are told that if they get arrested by local law enforcement, their first call should be to the lab, who will “wave a magic wand” and get the charges dropped. This is a blatant and illegal privilege and abuse of power. (1 hour 7 minutes)

• A study in Illinois recently proved what we all knew from experience anyway — smoking marijuana causes changes in the brain that affect judgement, decision making, planning, and mathematics.  (1 hour 15 minutes)

• In a Kansas City zoo, an intelligent chimp used a long branch as a ladder, escaped from his cage, and persuaded six others to join him. One wonders if Americans are as bright. (1 hour 28 minutes)

Thanks to N2SAG and N2IRJ and W1WCR, you can listen to the Liberty Net every session — somewhere near 3950 kHz, plus or minus the interference (lately, substantially above that frequency) — every Saturday night at 10PM Eastern Time (and every Wednesday too), and also via the Internet. Listen to the Survival Net at 10PM Sundays, too! You can also download the Liberty Net right here at https://3950.net and listen in your car, at work, or wherever you like. Check in on the air and join the excitement!