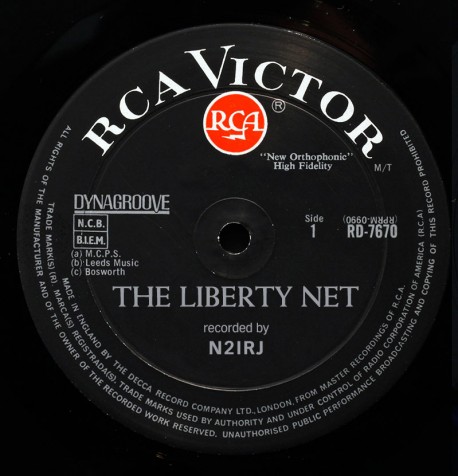 WHEN WE ARE SUBJECTED to intense media propaganda, as we have been during the massacre of Gazans by Israel recently, it is very important to have access to alternative media not owned or controlled by Jewish/Zionist oligarchs. Not only is the Liberty Net such a source of information, but it is a nexus of people who have discovered, use, or even operate such outlets.

Here is my selection of just a few items from among those discussed during this week’s Liberty Net:

• With the decline in the shortwave audience, it’s surprising how little some of the remaining broadcasters care about letters from listeners, many of which go unanswered. (17 minutes)

• With the current massacre in Gaza, some US and European businesses are cancelling travel to Israel. Is this because of a desire to cease supporting the Jewish state — or an exaggerated fear of the Palestinians’ tiny (about 4.5 inches in diameter) rockets? (20 minutes)

• The establishment media are loathe to speak the truth about Ebola for political reasons — but our open borders bring not only Third World people, but Third World diseases too. (29 minutes)

• It’s easy for the criminals in Washington and the “US” media to try to bring down Russia, but it’s not the same in Germany or other parts of Europe. Germany, IQ-rich but energy-poor, for example, needs Russian natural resources to prosper, and their relationship is getting closer. Germany has negotiated a quite reasonable solution to the Ukraine conflict with Russia, but the warmongers in Washington and New York City don’t like it. (38 minutes)

• Germany has severe limits on free speech — for one instance, it is illegal to doubt the veracity of Jewish “holocaust” stories there, even the most improbable ones. Several other European countries share this dubious distinction. “To discover who rules over you, simply ask yourself this question: ‘Who is it that I am not allowed to criticize?'” (45 minutes)

The Liberty Net — amateur radio’s longest-running current events discussion net — is on the air every Saturday night at 10PM Eastern Time on the high side of 75 meter SSB (quite often 3995 kHz these days). You might have to tune around, but we’re not hard to find. And don’t forget the Survival Net on Sundays and the Midweek Liberty Net on Wednesdays, all at 10 Eastern.