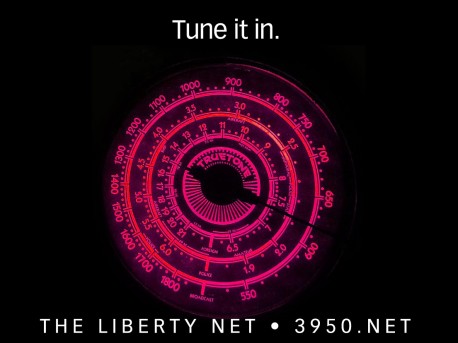 WE WERE all saddened to hear of the death — accelerated by establishment medical and hospice “care” — of Vic, W1WCR’s beloved wife Sue. Our thoughts are with Vic at this difficult time and we hope that he will soon resume his post as Net Control Station (NCS) of the Liberty Net. For a details of this tragedy, listen to the latter part of the August 3, 2014 Survival Net. Expect an article soon detailing Vic’s experiences with the medical system.

Here is my small selection of concepts and ideas discussed during this week’s Net:

• When you hear the controlled media wailing about “children killed by gun violence,” remember that 1) guns can kill no one on their own, and 2) a substantial percentage of these “children” are 17-year-old gang-bangers. (17 minutes)

• Taking a close look at the low-IQ types and non-Whites who typically work “airport security” for the TSA, one has to ask “Just who are these people ‘protecting’ us from?” Isn’t it about time people used a little justified force to keep these goons’ hands off our families? Stop going into a fetal position every time you see a uniform or a phony badge from some new illegal “agency.” (27 minutes)

• In Indiana, the state government has paid a quarter million dollars to teach 800 of their employees that “only White people can be racist.” (51 minutes)

• It’s a simple fact that equatorial races have less frontal lobe development and less ability to delay gratification than northern races. This tendency is not cultural; it is biological and genetic and cannot be changed by education. (54 minutes)

Thanks to N2SAG and N2IRJ and W1WCR, you can listen to the Liberty Net every week — somewhere near 3950 kHz, plus or minus the interference (lately, substantially above that frequency) — every Saturday night at 10PM Eastern Time, and also via the Internet. There’s a Wednesday night session too. You can also download the Liberty Net right here at https://3950.net and listen in your car, at work, or wherever you like. Check in on the air and join the excitement!