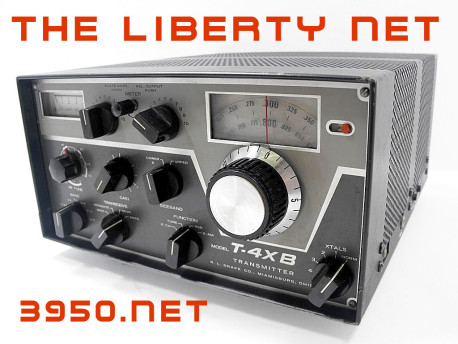 THE LIBERTY NET is one of the few places that allows expression of precisely those ideas that the ethnically-distinct oligarchs don’t want us to know.

Here’s my summary of and take on a few of the ideas brought up on the Liberty Net this time:

• When, so many people ask, will America become America again? The answer may be one you don’t want to hear: When White Americans learn that nations are biological entities — not geographic or ideological ones. (7 minutes)

• How can a religion which glorifies the execution of non-believers possibly be compatible with our civilization or Constitution? And how, I would add, can we tolerate as our self-styled “elite” members of a religion which preaches that only their tribe is “chosen by God” and should rule over others? (9 minutes)

• When Dylann Roof went on a rampage, within hours the controlled media were making Whites feel guilty and ashamed — and intimidated into banning their historical symbols. But when a non-White Muslim goes on a rampage, the opposite occurs: Media and government spokesmen are quick to tell us that “not all Muslims are like that,” and there is no effort to ban crescent moons or other Muslim symbols. The truth is, the oligarchs want to exterminate the White race, so Muslim invaders from the Middle East are fostered and coddled like all other non-White invaders; while overseas Muslims (who might conceivably pose a minor threat to “sacred” Israel), are attacked and murdered with impunity. (29 minutes)

• Meanwhile, the two main US political parties, including Fetchit, the mayor of Nashville, and both senators from Tennessee, have called for a doubling — or more — of current immigration levels. (39 minutes)

• The regime in Washington has announced the formation of a “race database” to be used by unelected bureaucrats and “racial justice advocates” to justify increasing the percentage of non-Whites in any community they deem “too White.” There will be no need to prove any kind of discrimination; the mere presence of a large White majority is proof enough. (43 minutes)

Remember that you can receive the Liberty Net on an open frequency on or near 3995 kHz LSB every Saturday night at 10PM Eastern Time. You can also listen live on the Internet or listen at your leisure via the mp3 files posted right here at https://3950.net every week. And don’t forget the Midweek Liberty Net on Wednesdays and the Survival Net on Sundays — all at 10 PM Eastern Time.