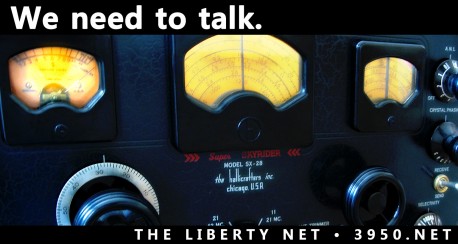 END_OF_DOCUMENT_TOKEN_TO_BE_REPLACED

A BIG THANKS to those who have helped us keep this site up and running and promoting the Liberty Net and freedom of speech on amateur radio — it’s truly a labor of love for all involved. That’s also true of the Liberty Net itself: For 38 years, it’s been a place for camaraderie, friendship, teaching, and learning on many levels.

Here’s a small sample of the ideas exchanged this week on the net:

• As the European Union institutes a sweeping so-called “financial transaction tax,” what’s next? We already have taxes on every other necessity of life (like carbon, for example), so perhaps a “breathing tax” is in order. The truth is that the pretext doesn’t matter; it’s just a pretext, after all. What the oligarchs’ managers are really saying to us is “give us what we want, or go to prison.” It’s as simple as that. (20 minutes)

• It’s no wonder the billionaire oligarchs encourage non-White immigration: They know Third Worlders will work for less money, and the money-men don’t ever want a culturally and racially united people to coalesce into a revolutionary force to challenge their rule. A melange of squabbling peoples that can easily be played off against each other, and with an ever-declining IQ, is a much more manageable slave labor pool. (35 minutes)