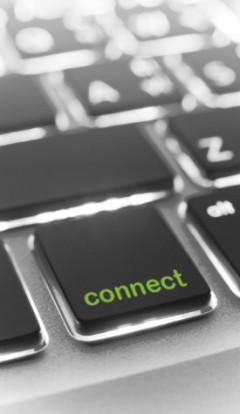 • A “penny post card” is now 28 cents; illustrating how, in the lifetime of one Liberty Net participant, American currency has lost about 97% of its value. Since both political parties exist by buying the votes of special interest groups with debt-money created out of nothing, the continued destruction of the people’s savings, and our role as debt-slaves to the banks, will continue until a revolutionary change takes place. (45 minutes)

• The supposedly “consumer friendly” new Federal Reserve credit agency is really designed, not to protect us, but to make us do exactly what the bankers want us to do — go ever deeper into debt. (1 hour 9 minutes)

• Under the coming “health care” dictatorship, the government will have “real time access” to every cent that is in your bank deposits — including the ability to “make payments” (read: steal) from your accounts. (1 hour 15 minutes)

• Glenn Beck is a very clever disinformation agent, who says many things that patriots want to hear — and who then provides conclusions and solutions that are pure Murdochian Zionist poison. Now Beck is promoting a book called 1421, a Communist-funded tome which claims that the Chinese discovered America prior to the Europeans, and another by the same author, 1434, which claims that the Chinese created the European Renaissance. Both are intended to soften us up for increased Chinese rule over our society. (1 hour 30 minutes)

• It is shameful for our country that a Communist criminal and sexual degenerate like Martin Luther King has his own national holiday. (1 hour 59 minutes)

• States and localities are getting ever more desperate to get tax money out of us; and some now make no allowance whatsoever for taxes paid to other entities. So it is now entirely possible — and “legal,” assuming you still believe the present System itself is legal — for you, in any given year, to “owe” more than 100% of your income as taxes. (2 hours 30 minutes)

• It’s not surprising that Afghans and Iraqis being trained by US soldiers turn on our men and kill them at times. After all, we aggressively invaded their countries without valid reason, killed hundreds of thousands of innocents, and imposed vicious, corrupt puppet governments on them. (3 hours 6 minutes)

• We need a new genre of action fiction — instead of Bruce Willis avenging the death of his family at the hands of evil “Nazis” and “Arab terrorists,” we need an action hero who goes after the banksters and the oligarchs who are the real-life bad guys who have stolen our wealth and our future. (3 hours 20 minutes)

Thanks to W1WCR for running the Liberty Net, and thanks to N2IRJ and N2SAG for giving the net a great online presence.