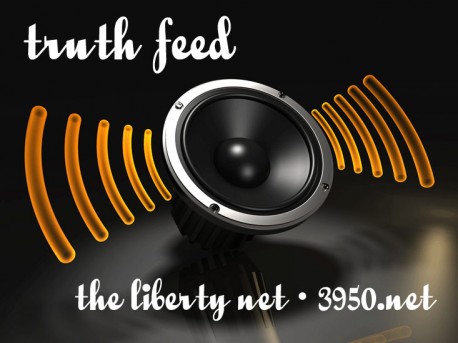 THIS WEEK MARKED the return of Al, N2SAG — one of our most interesting speakers and longest-term participants — to the Liberty Net after a too-long absence due to a change of QTH. Welcome back, Al!

Here’s a small selection of the issues debated and discussed on the Liberty Net this week:

• Two more banks have failed this week alone — making a total of nine US bank failures this year; and 154 more are on the death-watch list. This is even more egregious than you might think, since it’s not that easy to fail when you have a license to print money. (15 minutes)

• Is the new “Obamacare” health care model really a new incarnation of supply side economics? After all, how better to reward suppliers and control buyers than by requiring that a product be purchased? (19 minutes)

• When you involve yourself with the current regime — whether through licensing, “benefits,” or even marriage — you are opening up yourself to an ocean of controlling regulations and uncaring, petty bureaucrats who will have power over your life. (28 minutes)

• While you were sleeping, watching American Idol, or mourning crack-using celebrities, pretended laws were enacted that make it “legal” for the regime in Washington to use drones to spy on you or kill you at will, without any charge or any trial. (31 minutes)

• The noose of censorship is tightening in America, as two of the last non-neocon, non-Zionist conservatives — Judge Napolitano and Pat Buchanan — have now been removed from the airwaves. (36 minutes)

• The “zero tolerance” policies that many schools have instituted are now approaching near-insanity, with both a five-year-old with a fast-food-style plastic knife and a 17-year-old with a table knife in their lunch boxes (the latter had accidentally picked up her father’s lunch bag) being expelled or actually arrested for “weapons violations.” (52 minutes)

• Is real marriage something that exists in the hearts of a man and a woman? — or is it a contract that requires a governmental piece of paper? (1 hour 8 minutes)

• The criminal FBI is now classifying mundane, perfectly legal activities as “suspicious potential terrorist behavior,” and is asking businessmen to report customers who pay in cash, people who like to browse Google Maps, and hundreds of other innocent things. Visit http://publicintelligence.net to see the latest hysterical propaganda put out by these thugs. (1 hour 11 minutes)

• Could we be being set up by the neocons for another Bush presidency? There’s a move afoot to push Jeb Bush as a “savior” at the upcoming Republican convention. (1 hour 36 minutes)

The Liberty Net is on the air every Saturday night at 10PM Eastern Time on or around 3950 kHz SSB (lately it’s been higher in frequency — as high as 3993, often around 3980 — to avoid interference).

Remember, thanks to N2SAG and N2IRJ and W1WCR, you can listen live — and chat live — via the Web whenever the Liberty Net is on the air; visit either the https://3950.net/live feed or N2SAG‘s Stickam feed. And, as always, you can download the net recordings right here at https://3950.net and listen at your leisure.