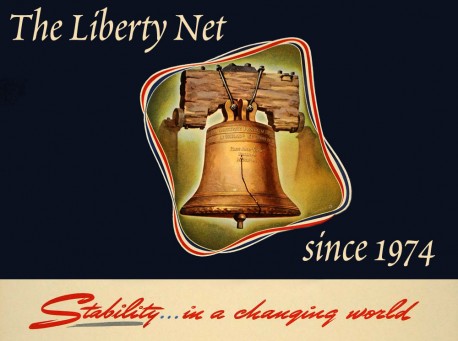 THERE ARE MANY MORE free forums in America today, thanks to the Internet, than there were twenty years ago — and the tremendous cachet of pro-peace and pro-freedom candidates is one evidence of this. Alternative politics are bigger than they have been in a long time, and Liberty Net participants are proud to have been one of the pioneering groups to bypass the censorship of the controlled media. And, even after 38 years, the Liberty Net is still going strong!

Here’s a small sampling of what you’ll hear on this week’s recording:

• When the Croatian government exerted pressure on its citizens to get them to vote to join the EU, it is one of the few instances of rats jumping onto a sinking ship. (2 minutes)

• Sugar is energy, and energy is necessary for life. So, using the obesity epidemic as an excuse, the oligarchs (and their governments and corporations) are now moving in to regulate and control it — just as they are trying to control all other forms of energy. (14 minutes)

• In Florida, there has been a spate of savage attacks on Whites by Black gangs, including one on a 13-year-old girl — and there is very little interest from the national media. Even in cases where the Blacks have screamed anti-White slurs as they attacked, the cases are never categorized by the police as “hate crimes.” (30 minutes)

• The “Department of Homeland Security” (DHS) has been setting up false accounts on Twitter in order to “follow” and spy on American citizens — and quite possibly act as agent provocateurs to put innocent people in jail. They have set up filters looking for certain “suspicious” words, including “illegal immigrants,” “drill,” “collapse,” and quite a few others. Patriots are pranking the illegal DHS spies by purposely writing tweets that include all of these keywords. (36 minutes)

• Speaking of Twitter, why is that company now cooperating with some governments that want to impose censorship and filter certain topics out of the online conversation — and cooperating with efforts of the Washington regime to overthrow others? (44 minutes)

• Kevin Burmeister, one of the founders of Skype, says that governments and major ISPs are now secretly working to redesign Internet routing in such a way as to allow any desired Web site to be removed from the ’Net, with all persons trying to visit such “forbidden” sites automatically redirected to an “approved” one — with ISPs getting a monetary payoff for “cooperating.” (46 minutes)

• Why are so many people so gullible as to fall for the same “Weapons of Mass Destruction” scam that fooled us into war with Iraq, but this time with Iran? Surely, low-IQ American voters are the best friends the warmongering oligarchs ever had. (50 minutes)

The Liberty Net — amateur radio’s longest-running current events discussion net — is on the air every Saturday night at 10PM Eastern Time on or around 3950 kHz SSB (lately it’s been higher in frequency — as high as 3993, but more often around 3980 — to avoid interference). You’ll have to tune around, but it’s not hard to find!

Remember, thanks to N2SAG (Al’s alternative audio feed is active again — use it conjunction with https://3950.net/live and you’re likely to be nearly interference-proof!) and N2IRJ and W1WCR, you can listen live — and chat live — via the Web whenever the Liberty Net is on the air. And, as always, you can download the net recording right here at https://3950.net and listen at your leisure.