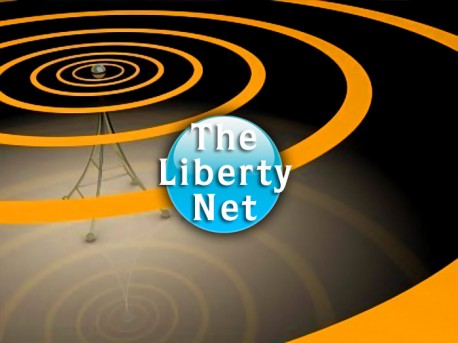 EVERY WEEK, the amateurs who participate in the Liberty Net get a chance to discuss issues of importance outside of the sandbox of the controlled media. Of course, one can do that on the Internet too, but the Liberty Net doesn’t depend on servers and backbones that can sometimes fail — or be shut down. And one can experience the true personalities and voices, and honest feelings, of real people — in a way that typing on a message board just can’t match.

Here’s my selection of a few topics that were brought up during this week’s Liberty Net session:

• When Greece lost the ability to control its own money supply — giving that power to the bankers when it joined the misnamed “European Union” — it also lost its freedom. Now is the time for Greece, and all nations, to shake off the bankers’ shackles. (12 minutes)

• How can enforcers for the regime in Washington charge someone in a foreign country with a crime, merely for linking to material on his Web site that is in the public domain in that country? Easy. The DC regime has decided it can charge and extradite you in that situation as long as you are using a “dot-com” domain name. (18 minutes)

• The would-be food police are now proposing heavy taxes on sweet foods and drinks, in a ploy to take our money and further control every kind of energy. Apparently they’re unaware that orange juice has more sugar per ounce than soda. (21 minutes)

• Some Swiss banks have now ceased to do business with the US entirely, because of the intrusive, dictatorial, and immoral behavior of the regime in Washington — which is now defining anyone, anywhere, who owns any US-based securities as a “person of US interest” and demanding financial records on them. (31 minutes)

• Did Whitney Houston’s death have anything to do with the fact that she was in debt for many millions of dollars? Few know it, but she had been selling off huge quantities of her recording studio equipment on Ebay for months. (53 minutes)

• The Washington regime is bowing to the inevitable and to our impoverishment by cutting the size of the US nuclear arsenal. But patriots shouldn’t be misled into thinking that this somehow “makes America weak.” The regime in Washington is the worst enemy ever faced by Americans, and the fewer nuclear weapons it has the better. (59 minutes)

• Now that net participants are armed with Beverage antennas and excellent receivers and transmitters — and Internet adjuncts that allow us have a backup feed/patch on Skype, and also allow us to pick and choose the receiver with the best signal — jammers now find it almost impossible to affect the communications on the Liberty Net. (1 hour 14 minutes)

• Now there’s been yet another alleged incident involving literally trillions of dollars’ worth of counterfeit US bonds discovered in Italy that, we are told, criminals were trying to use as collateral to obtain bank loans. The last time this happened — also in Italy — a couple of years ago, the story and the supposed criminals and bonds disappeared from the radar in just a few days. (1 hour 17 minutes)

Thanks to N2SAG and N2IRJ and W1WCR, you can listen to the Liberty Net every week — somewhere near 3950 kHz, plus or minus the interference (lately, substantially above that frequency) — every Saturday night at 10PM Eastern Time, and also via the Web. You can also download the Liberty Net right here at https://3950.net and listen in your car, at work, or wherever you like. Check in on the air and join the excitement!