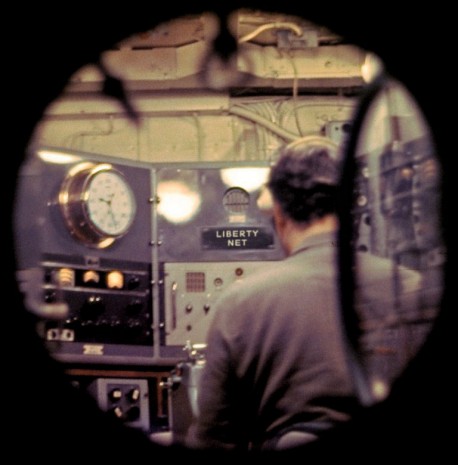 • The ease with which ethnic and racial communities became polarized over the Trayvon Martin case is just more proof that human beings are essentially tribal, and naturally support and cleave to those who are most genetically related to themselves. Denying this and believing in a fictitious “equality” just leads to more misery. One of the biggest deceptions in this affair is the repeated media claim that alleged shooter Zimmerman is White when he clearly is not. (13 minutes)

• The bankers who misrule Britain have now re-instituted their infamous “perpetual bonds” in which all the usurers’ dreams come true: They need not and indeed cannot ever be paid back, and the “borrower” must pay interest forever. (37 minutes)

• Why all the media brouhaha about Trayvon Martin, when in the very same week two horrific Black-on-White crimes happened in nearby areas and got almost no air time? (57 minutes)

• The arrogance of the “American” authorities knows no bounds: The regime in Washington now claims that it can shut down any Web site whatsoever, even if it is registered and operated from a foreign country. They justify this with the unbelievably thin justification, among others, that even foreign virtual cloud servers might have an occasional bit routed through the US for a few milliseconds, thereby — they claim — giving jurisdiction to the Washington regime. (1 hour 26 minutes)

• When three White students in Ohio were killed by a maniac, why did the media masters and Obama make no national statement of any kind? (1 hour 45 minutes)

• Why has the regime’s Department of Homeland Security bought out almost the entire extant supply of several calibers of firearm ammunition? Who are they planning to shoot? And where do they get the authority to shoot anyone? (1 hour 50 minutes)

Thanks to Marty, N2IRJ, you’re able to listen to these Liberty Net recordings at home, at work, in your car, or while hiking or jogging with your portable mp3 player. And remember the live feeds during Net times that let you hear the Liberty Net via multiple receivers — and have a real-time discussion too.