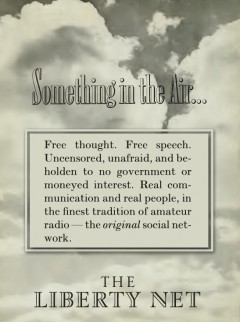 • There is a deliberate plan by the Washington regime to settle large numbers of Third World immigrants in America’s few remaining nearly all-White communities. If the same thing was being done to Middle Easterners or Tibetans or Amazonians, it would quite rightly be called genocide. (34 minutes)

• When a major lottery jackpot hit $656 million recently, the entire amount was just barely enough to run the Washington regime for 95 minutes. (42 minutes)

• One of the main reasons that health care costs are spiraling out of control is the stranglehold that the pharmaceutical companies have on the entire field. If inexpensive, natural alternative medicines and supplements were allowed into the market fairly, costs would drop dramatically. (50 minutes)

• Why do the Washington regime and the billionaires’ media almost totally ignore the tsunami of Black-on-Black crime and Black-on-White crime, but they make a single perceived case of White-on-Black crime into a national cause célèbre? (1 hour 10 minutes)

• At the rate illegal Mestizos are entering this country, will there come a time when Mexico will be nearly empty of them? Will it be permitted, then, for us to move there? (1 hour 44 minutes)

• When Obama and Holder purposely and melodramatically fan the racial flames of the Tulsa and Sanford killings, is their main motive to consolidate non-White support behind the administration? — or to distract us from something far more sinister? (1 hour 47 minutes)

• Remember the failed privacy- and free-speech-destroying SOPA legislation? The regime’s Congress is now trying to pass the same provisions piecemeal, without attracting too much attention, with their CISPA bill. Repeatedly attempting to circumvent the Constitution — and the wishes of almost all Internet users — should be a punishable crime in itself. (1 hour 53 minutes)

• Lee Whitnum, an up-and-coming activist who is vying to replace U.S. Rep. Chris Murphy in the Democratic primary, showed unusual courage when she called Murphy a “whore” who had “sold his soul to AIPAC” — the virtually untouchable and unbelievably powerful Israeli lobby group, to which most members of Congress willingly sell themselves. (1 hour 56 minutes)

Please check in with your call sign, and add your voice to the most exciting net on the amateur bands — every Saturday night, starting at 10PM Eastern Time. The frequency varies to avoid causing interference, but is almost always somewhere above 3950 kHz LSB.