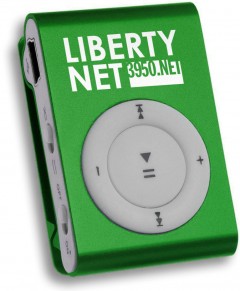 HOW DOES amateur radio serve the public interest?

We all know about technical education, emergency communications, and experimentation — but an ever-increasing number of radio amateurs are realizing just how valuable it is when it provides the means to bypass the billionaires’ controlled media and lets us find out about — and share — what is really happening in our own communities and around the world.

Here are a just few of the highlights from this week’s conversation:

• Stocks have been a zero-sum game for a decade — real estate is a disaster — government debt is of ever more questionable value — and currencies are being purposely debauched. It seems that the only people who have come out ahead in recent years are crooked bankers who got bailed out (and can create money out of thin air anyway), and holders of precious metals. (12 minutes)

• We must sadly report the death of writer and economist Bob Chapman of the International Forecaster this week. He was a graduate of Northeastern University and was very active in the education of our people on financial and political matters since the 1960s, writing for the American Mercury and many other publications, and was often quoted on the Liberty Net. (36 minutes)

• When Rand Paul says we need to “respect” the establishment Republicans who are trying to shove the warmongering cipher Mitt Romney down our throats, it is just like asking us to respect someone who has robbed us and killed members of our family. (40 minutes)

• They should stop calling them US government bonds: A better name would be “certificates of guaranteed confiscation.” Yet foreign moneyed interests have shown some interest in purchasing them, for the first time in years. Does this signal another overseas war or other conflagration, bad enough to make these money-losing scraps of paper look like a “safe haven”? (1 hour 4 minutes)

• The pro-war propaganda from Fox News and neocon operative John Bolton is ramping up to almost supernatural proportions, and both Obama and Romney are fully on board with the plan to massacre and incinerate additional “rogue nations” which might oppose Israel or the oligarchs, or want to keep their independence and freedom. (1 hour 19 minutes)

• Fukushima is almost totally off the radar of the billionaires’ media, even after a fall of black radioactive dust was reported in Tokyo, and significantly contaminated bluefin tuna have been found in US waters. (2 hours 43 minutes)

• Here’s a sign that some Americans have grown a spine: In Indiana, a citizen’s right to use deadly force against police who are illegally attacking him or entering his home has now been affirmed. (3 hours 27 minutes)

• Debt is not the solution; debt is the problem. What gives bankers the right to “lend” us our own credit and charge us half the world for the privilege? (4 hours 25 minutes)

The Liberty Net — amateur radio’s longest-running current events discussion net — is on the air every Saturday night at 10PM Eastern Time on or around 3950 kHz SSB (usually higher in frequency — recently around 3967 — to avoid interference). You’ll have to tune around, but it’s not hard to find!