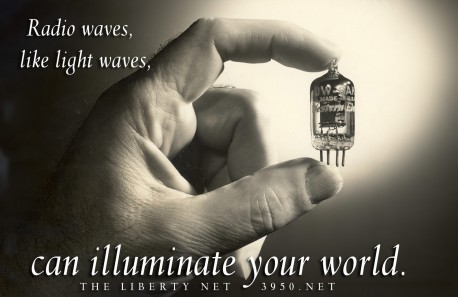 • Could North America’s huge supply of natural gas be a way out of our dependence on the Middle East for energy? If it turns out that way, will our so-called “stalwart ally” there allow us to become neutral and withdraw from all the wars and conflicts we started in that region at their behest? (45 minutes)

• In Greece and Italy, bankers-turned-politicians now openly head the governments they eviscerated with their phony “debt” scam. Is America headed for the same fate? (59 minutes)

• It’s now come out that, during their pre-fame Chicago years, both Barack Obama and Rahm Emanuel were members of a homosexual bathhouse called “Man’s Country.” (1 hour 2 minutes)

• Jesse Jackson Jr. is missing from his job and residence in occupied Washington, ostensibly due to a “mood disorder.” But is it really because former governor Rod Blagojevich, currently imprisoned in Illinois for trying to sell Obama’s former Senate seat, is in the process of revealing to whom he was making the sale? (1 hour 17 minutes)

• Recently an innocent man named Brandon Raub was arrested by the Washington regime’s notoriously corrupt FBI, ostensibly because he and a few family members had started a Facebook group based on the the “Illuminati” fantasy card game, and he had made a comment about “sharpening his axe” in the game. Immediately before his arrest, FBI and Secret Service thugs questioned him at gunpoint about his political beliefs — the real reason for their interest. Raub was then thrown into a Hellish “mental hospital” — three hours away from his family and legal team — where he was imprisoned, threatened with forcible medication, and mentally tortured for a week. (1 hour 27 minutes)

• How much more must we sacrifice for Israel in its endless wars? How many more billions of our dollars? How many generations’ worth of our  irreplaceable real wealth? How many more of our young people’s lives? (1 hour 59 minutes)

The Liberty Net is on the air every Saturday night at 10PM Eastern Time on or around 3950 kHz SSB (lately it’s been higher in frequency to avoid causing interference, often near 3967).

Remember, thanks to N2SAG and N2IRJ and W1WCR, you can listen live — and “text” live — via the Web whenever the Liberty Net is on the air; just check out the ‘Liberty Net Live’ streams in this site’s left column. And, as always, you can download the net recordings right here at https://3950.net and listen at your leisure.