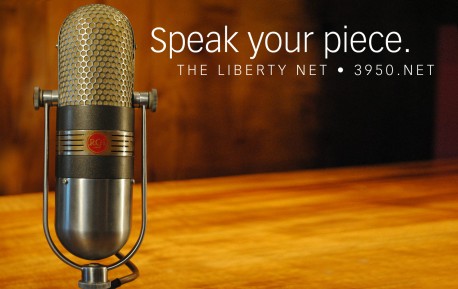 THE KENNELLY-HEAVISIDE LAYER was back in fine shape this week and the Liberty Net had a marathon six-hour session as a result, with subjects ranging from the upcoming phony elections to the false flag attack on the Federal Reserve building.

• Europe is starting to show signs of life, with the very welcome rise of the Golden Dawn in Greece, Jobbik in Hungary, and now the youth group Generation Identitaire in France. (33 minutes)

• There’s something sickening about the fact that the now-incarcerated O.J. Simpson recently attempted to sell a knife — under the suggestion that it was the knife used to murder Nicole Simpson — for five million dollars. (36 minutes)

• Whenever you hear so-called “comprehensive immigration reform” being pushed, you are listening to someone who wants to legalize the massive Mestizo invasion of the United States — which amounts to legalizing the genocide of White Americans. Such people want “cheap labor” so they can thereby make billions out of our impoverishment and ultimate death. (39 minutes)

• Something smells of corrupt FBI in the “Federal Reserve Bomber” case — a credulous and destitute Bangladeshi, persuasive FBI agents (actors, really) armed with tons of cash, an FBI-supplied truck, an FBI-supplied (fake) bomb, and 99.9 per cent. of the “crime” of the “terrorist” planned in detail and specifically suggested by FBI employees. Time to replace the regime in Washington! (46 minutes)

• Watch for more false flag attacks on the “American” banking system — possibly attacks that make average families unable to access their funds — as a way of getting war-weary Americans to become angry at the alleged perpetrators, who will of course be Iranians. (58 minutes)

• Not only is the Washington regime evil, but it and its overlords in New York and Tel Aviv are also incompetent — otherwise the flag of al-Qaeda would not be flying over government buildings in Libya right now. (1 hour 11 minutes)

• Washington’s foreign policy is not about security for the American people anymore — it’s all about maintaining the power and the funny-money scams of the banking elite. (1 hour 16 minutes)

• Beware ordering a Verizon smart phone — the company sells all the information they gather about you (including your exact location) to anyone who will pay for it. You can supposedly “opt out” if you do so within 30 days, but they don’t even bother to tell you that. (1 hour 56 minutes)

Thanks to Marty, N2IRJ, you’re able to listen to the Liberty Net right now on your computer here at https://3950.net/ — or download the file and listen on your mp3 player. Check in over the air, and also check out the live feed and chat during net times, and the additional feed from N2SAG, that let you make an end run around jammers and a fickle ionosphere.