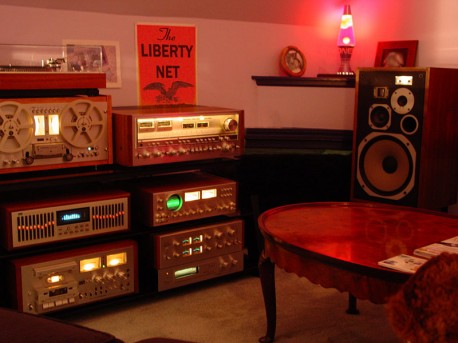 • As more and more Greeks now see that they are slated to be lifetime slaves to the bankers — and ultimately replaced by non-White invaders who will provide even more “cheap labor” to the financial elite — they are starting to support the Golden Dawn party by the millions. Golden Dawn has been providing defense against immigrant crime, food, and medicine to Greeks in need, and that’s garnered the group a large amount of support among workers and even the police. This latter development scares our would-be rulers almost to death. (34 minutes)

• The phony Left pretends to have deep concern for “women’s rights,” but their support of the spread of Islam — which often treats women worse than animals — belies their claim. It seems that they will support anything that bids fair to hurt, kill, replace, or exterminate White people. (50 minutes)

• The number one unreported story of Superstorm Sandy was the looting and violent street crime that spiked while the victims were almost helpless. (1 hour 3 minutes)

• Why were out-of-state emergency utility workers turned back at the New Jersey state border? Even though it meant that some people would freeze in their homes for weeks longer, the union bosses didn’t want the volunteers “horning in” on “their” overtime. (1 hour 34 minutes)

• Statisticians tell us that it is quite rare to find poll questions which consistently get answers within a few per cent. of fifty-fifty. Why, then, have presidential polls near election time — for decades! — been so close, again and again, to half and half? (1 hour 37 minutes)

• Why does the regime in Washington cloak its violation of our rights and its oppression of political dissidents under the Orwellian name “Homeland Security”? There are two reasons: 1) The lemmings foolishly believe that the danger to our security comes from somewhere other than Washington, and are eager to give the regime unlimited power to “protect” them from the largely imaginary “terror threat”; and 2) the word “homeland” is used since the phrase “national security” has gotten a bad name because of the regime’s many murderous actions committed in its name. (1 hour 45 minutes)

Don’t be shy — check in to amateur radio’s historic Liberty Net every Saturday night — on some clear frequency near (usually above) 3950 kHz SSB starting at 10PM Eastern Time. The net has to be frequency-agile to avoid receiving, or causing, interference. And check out our Internet feeds which can help you copy, and communicate with, weak stations.