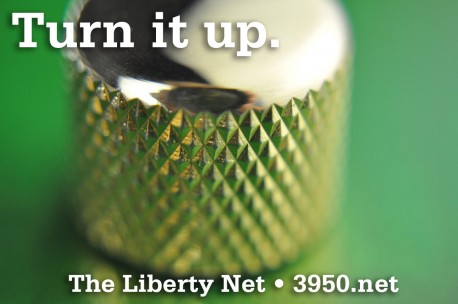 JIM, AB3RA, NCS of the Survival Net, took the helm of the Liberty Net for over two hours this week when W1WCR’s antenna system was damaged. Check-ins and discussions were plentiful and the conversation flowed smoothly until Vic resumed control after midnight, showing that the Liberty Net is a true community effort.

Here are some selections from the thoughts brought forth on the Liberty Net this session:

• Why is the Washington regime — even agencies that normally have nothing to do with weaponry, like NOAA — buying up multiple billions of rounds of ammunition, causing an extreme shortage at retail stores? (16 minutes)

• The Boy Scouts of America are being pressured by some of the billionaires’ corporations — including Home Depot, Bank of America, AT&T, Verizon, and UPS — to start accepting homosexuals as leaders and participants. (24 minutes)

• It’s quite ironic that the rogue LA policeman who’s been on a murder spree with his government-provided weapons is a fanatical proponent of taking away our guns. (40 minutes)

• Is part of the rage of Blacks in America due to the fact that they were tricked by the establishment into supporting multiracialism, which has now resulted in them being pushed to the “back of the bus” behind tens of millions of illegal and legal Third World immigrants? Looks like the Black separatists had it right all along. (59 minutes)

• Here’s an idea — let’s limit the military, and FBI, and police, and all of the regime’s agencies, to only the kinds of guns, ammunition, and magazines that we, the citizens, are permitted to use. Imagine all the lives that would be saved! (1 hour 16 minutes)

• Oklahoma Governor Frank Keating’s brother, former FBI and BATF official Martin Keating, wrote a book called Final Jihad in 1991 — four years before Tim McVeigh bombed the federal building in Oklahoma City — in which a bomber named “Tom McVey” bombed a federal building and was caught at a routine traffic stop for a broken tail light, just as the real McVeigh was. (1 hour 29 minutes)

• Obama’s inaction on the night of the Benghazi embassy attack might not have been the result of his “hatred of America” or irresponsibility as the faux-right-wing media are claiming. A far simpler explanation is that Obama, being a figurehead for the oligarchs, is simply not in charge — and so naturally was unconcerned. (1 hour 38 minutes)

• Our rulers are flirting with reinstating the “Fairness Doctrine,” which would require regime-mandated “balance” in all radio and television broadcasts. If instituted, it would strengthen the grip of the fake left and the fake right on the airwaves — and real alternative, independent media would be locked out. (1 hour 55 minutes)

Don’t be shy — check in to amateur radio’s historic Liberty Net every Saturday night — on some clear frequency near (usually above) 3950 kHz SSB starting at 10PM Eastern Time. The net has to be frequency-agile to avoid receiving, or causing, interference. And check out our Internet feeds which can help you copy, and communicate with, weak stations. The “live” links can be found in the left column of this site.