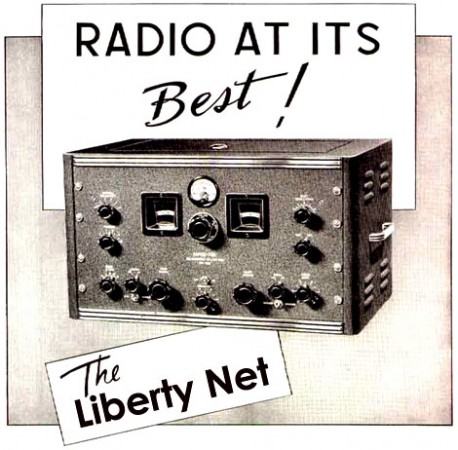 IF YOU THINK that American politics and foreign policy are as they appear on the billionaires’ media, you’re woefully misinformed. Tune into overseas voices from countries that the Murdochs and the Sulzbergers hate, and alternative voices like the Liberty Net and other free media, and you’ll begin to see the way the world really is.

Here’s a selection from the ideas discussed this week on the Liberty Net:

• With the American economy deep in the toilet, why is the stock market up? The insane flooding of this country with inflated dollars is the reason, but it doesn’t represent real value, and cannot be sustained. (15 minutes)

• Why are the well-connected and largely ethnically distinct New York elite allowed to make billions on other people’s tragedies by short-selling stocks they don’t own and haven’t even borrowed, in some cases selling more shares than even exist? (18 minutes)

• When Jewish groups hysterically smear even the mildest family organizations as “hate groups,” you know things are really getting polarized. But not to fret: Polarization is good. The false consensus that the establishment fosters will only lead to death for our race and civilization. (26 minutes)

• Many decry the infiltration of the US military with homosexual and feminist wackos. But is it really a bad thing for the enforcement arm of the oligarchs’ New World Order to be weakened? (35 minutes)

• The fact that the Republican party is absolutely worthless is underscored by the fact that they offered over a million dollars in an attempt to get “Lady” Gaga and a Mexican rapper to perform at their convention. (37 minutes)

• The “interstate commerce clause” was recently invoked to legitimize Washington intervention into a dispute between Amish people in Ohio, in which a 15-year Federal sentence was handed out to a man who shaved another man’s beard. The rationale? The clippers were manufactured in another state. By that logic, almost every single move we make has become the Washington regime’s business. Time for all fifty states to secede. (40 minutes)

• When churches suddenly turn around 180 degrees and support what they formerly opposed — like the Mestizo invasion or homosexuality — is it because these trends are being pushed as fashionable in the billionaires’ media? Or do you actually believe they’ve had a sudden “revelation from God”? (54 minutes)

• Historical eras in which sex loses its sacredness and its connection to the creation of the next generation, and becomes just the pursuit of personal pleasure and novelty, have not boded well for the societies in which they occur. (1 hour 23 minutes)

The Liberty Net — amateur radio’s longest-running current events discussion net — is on the air every Saturday night at 10PM Eastern Time on or around 3950 kHz SSB (usually higher in frequency to avoid interference). You might have to tune around, but we’re not hard to find.