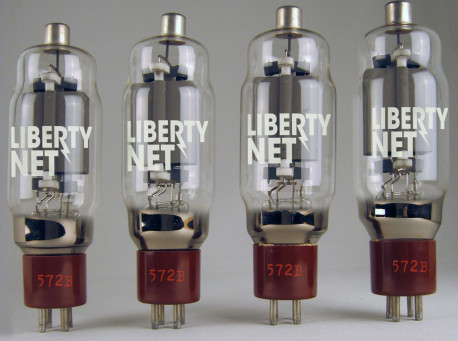 SUPPORTING THE LIBERTY NET is in the best tradition of amateur radio and in the American tradition of free speech too. It’s a place where current events are discussed freely and without censorship or media “gatekeepers.” There’s nothing like it on the air — anywhere.

• Think that “we don’t have a domestic spying program,” as figurehead Barack claimed a few days ago? Just ask the American family who got a visit from System thugs after the woman of the house was searching on Google for pressure cookers for her lentils, her husband was searching for camping gear like backpacks, and their son was doing a report on the Boston bombing. (15 minutes)

• Google has a long history of cooperating with censorious governments and pressure groups, so many people are abandoning it for DuckDuckGo and other search platforms. (20 minutes)

• It’s a sad but true indictment of how low America has fallen that a man who tells the truth and stands up for the true law has to be sheltered by Russia to avoid being tortured and imprisoned by the vicious, illegal regime in Washington. (23 minutes)

• There is definitely a confluence of opinion among enlightened people, whatever political tradition they come from: The only significant difference between banker employee George Bush and banker employee Barack Obama is a sun tan. (27 minutes)

• Recently an organic vegetable garden was started at the White House, presumably at the direction of the same administration which pushed the Monsanto Protection Act. Is the garden just a show to please a deluded constituency, or is Fetchit sincere but just a prisoner of the oligarchs? Either way, it’s bad for us. (35 minutes)

• Why do the oligarchs order our politicians to send weapons to al-Qaeda in Syria, when they have been supposedly fighting a war against al-Qaeda for more than a decade? Simple: our masters’ goal is to destroy all strong ant-Zionist and anti-banker states in the world, particularly in the Middle East. When a government the System wanted to destroy could be “linked” to al-Qaeda, and could thus justify intervention and killing, then al-Qaeda was an “enemy.” When al-Qaeda is trying to overthrow a government the System wants to destroy, then al-Qaeda magically becomes an “ally.” This is absolute proof that the “war on terror” is just a lie to justify killing the oligarchs’ enemies. (52 minutes)

• It’s quite rational for us to oppose Muslim immigration and influence in our societies. But that doesn’t at all mean we should support the crushing of sovereign Middle Eastern states through bombing, invasion, and wholesale murder. In fact, if we stopped the System’s illegal, aggressive wars, much of the hatred for — and invasion of — America would cease immediately. (1 hour 14 minutes)

• The System has painted itself into a corner with its current near-zero interest rates for banks and governments. Even a rise to an historically moderate rate could be seven or eight times what we have now — and how could families, to say nothing of the regime, possibly pay even three times what they are paying now? Time to put an end to the regime and to the usurious banking system that owns it. (1 hour 50 minutes)

Thanks to N2SAG and N2IRJ and W1WCR, you can listen to the Liberty Net every week — somewhere near 3950 kHz, plus or minus the interference (lately, substantially above that frequency) — every Saturday night at 10PM Eastern Time, and also via the Internet. There’s a new Wednesday night session too — at 9 PM Eastern. You can also download the Liberty Net right here at https://3950.net and listen in your car, at work, or wherever you like. Check in on the air and join the excitement!