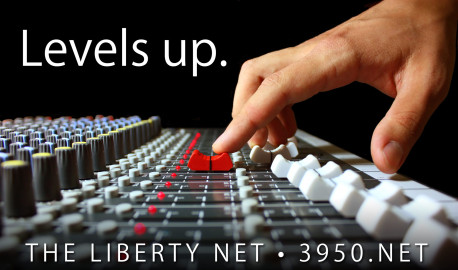 A LONG TIME ago a wise man said “There’s no substitute for honorable men.” No matter what political or economic system you are working with, those words ring true: Honorable men are indispensable. And they are in very short supply in the corrupt upper echelons of our society today. That’s why free speech forums — as opposed to the controlled media’s censored venues — are doubly important in these darkening times.

Here are some selections from the ideas brought up on the Liberty Net this week:

• The IRS workers’ union has joined the list of government employees’ representatives who want to be exempt from Obamacare. (14 minutes)

• The Oath Keepers — a group of public employees who have sworn to uphold the Constitution, if necessary by disobeying illegal orders — recently set up a billboard in Arlington, Virginia, near the Pentagon, saying “Snowden honored his oath — honor yours! …Expose unconstitutional actions.” Very shortly thereafter an unknown agent, pretending to be Oath Keepers founder Stewart Rhodes, sent a child pornography e-mail to People Against the NDAA (PANDAA) founder Dan Johnson in an obvious attempt to frame both Rhodes and Johnson and put them in federal prison. (49 minutes)

• The repossession thugs of the First National Bank in Wellston, Ohio recently completely cleaned out the home of a woman who was on vacation. But they raided the wrong house. Then the bank threw away, sold, and lost almost all the property. When the woman returned and complained, the bank had the gall to demand receipts and “proof” of everything before paying a cent of compensation. And, being bankers, needless to say no one went to jail. (1 hour 6 minutes)

• The attempted framing of Oath Keepers and People Against the NDAA is part of a larger pattern of patriots and dissidents being framed for child pornography and other crimes. Agents will send an email containing illegal material, but the message will appear to come from someone the target knows. Once the attachment is opened, the victim can then be charged with a federal crime and imprisoned. (1 hour 10 minutes)

• Everyone knows what Chris Christie has done to other politicians, including especially members of his own party. To understand his actions, you have to get into the mindset of modern prosecutors and US Attorneys: They will literally do anything to anybody, innocent or guilty doesn’t matter, in order to advance their political careers. (1 hour 34 minutes)

• Why are Western nations — now including the United States — being flooded with Muslims? One important reason is to duplicate here the same conditions found in the Middle East, and thereby make Israel’s enemies into our enemies, and thereby cement Western support for the Zionist state. (1 hour 43 minutes)

• The new paradigm for the American worker: have two or more part-time jobs, don’t have children, live in a roach motel, don’t have enough money for heat or gasoline, and wear the same clothes (maybe your McDonald’s uniform) 24 hours per day. (2 hours 10 minutes)

The Liberty Net — amateur radio’s longest-running current events discussion net — is on the air every Saturday night at 10PM Eastern Time on or around 3950 kHz SSB (usually higher in frequency to avoid interference). You might have to tune around, but we’re not hard to find. And don’t forget the Survival Net on Sunday at 9 and the Midweek Liberty Net on Wednesdays at 9.