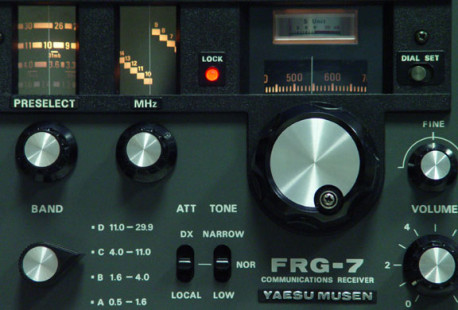 IF YOU listen regularly to the Liberty Net, you should already have heard the new pyramid antenna being used at N2IRJ. It’s not a commercially-made antenna, but a homebrew broadband dual inverted vee (shaped much like a pyramid, hence the name) with the elements — cut for around 3600 and 3900 kHz respectively — at right angles to each other. The main secret to its good performance is height: keeping the ends at 15 feet or more, and the center at 55 feet plus, keeps the efficiency up where it should be. We’d have made the antenna even higher if we could, but tree height was the limiting factor.

Here’s my abbreviated digest of, and comments on, the ideas brought up on the net this session:

• When liberty is lost, it is often when the System — and the masses — most stridently declare that “we are free.” (23 minutes)

• Once you see that she changes her accent to match that of her current audience, you have seen all that you need to see of Hillary Clinton’s character. (27 minutes)

• When cash is outlawed, it will mean the end of the last vestiges of privacy for the human race. (40 minutes)

• The NIH have spent over $400,000 studying the “satisfaction level” of “first-time male homosexual experiences,” with a special emphasis on “African-American males.” (1 hour 14 minutes)

• Social engineers are beginning to criminalize parents who allow their children to walk about — for example, to neighborhood parks — unaccompanied and unsupervised. They even have a new catch-phrase for what used to be a universal practice: “free-range children.” (1 hour 16 minutes)