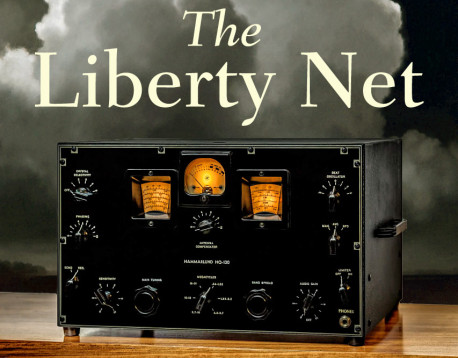 NOW THAT the weather has warmed up, thunderstorm static has once again become a factor on 75 meters — making high, full-size, efficient antennas more important than ever for “getting through.” Short, low antennas can be all right for receiving — but they’re not capable of doing well on transmitting, no matter what the ad copy tells you.

Here’s my brief summary of, and comments upon, a few of the ideas brought up on the net this week:

• People who put any trust whatsoever in the Republican party to do anything positive for our people are wasting their time, wasting their lives, and must have been asleep since at least the Civil War. (23 minutes)

• The puppet regime in Kiev is receiving more high-tech weapons of death and destruction than ever from the regime in Washington, in order to slaughter their own people — yet the controlled media utter not a peep of protest. (27 minutes)

• The registrar for the new “.sucks” top-level domain category has been reportedly extorting significant sums from individuals and companies which don’t want their names or their firms’ names, used by others using the crude extension. (33 minutes)

• Despite the fact that most of the police and officials in the former Baltimore, Maryland are Black, much of the Black population there nevertheless feels justified in lashing out violently, burning, and looting while complaining of “racist” policing. The lesson the rest of us need to learn is that they have an unappeasable hate and rage — and an incurable primitivism — and can never, and should never, be integrated into our society.  (48 minutes)

• The billionaire oligarch George Soros is using his money — and using Black riots as an excuse — to push for the “complete overhaul of the US justice system” that he wants. (1 hour 3 minutes)