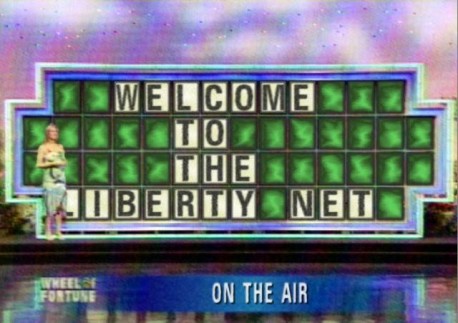 REMEMBER that the Liberty Net is a long-term institution — an integral part of amateur radio since 1974 — serving the public interest, convenience, and necessity through the free exchange of ideas and information that is so rare in today’s world of censorship and “Political Correctness.”

Here’s my brief summary of, and comments on, a few of the ideas and events brought up on the net’s session this week:

• When a nun wanted to come to America from the Middle East to discuss the problems faced by Christians there, she was denied entry. I wonder if any Jewish spokesman from Israel has ever been refused entry in recent years. (5 minutes)

• Race trumps nationality every time: The ability of the Old America, and Switzerland, to have a high level of culture and civilization — and the failure of the Mestizo world to do anywhere near the same — proves that it is race, not culture, religion, or language that matters most. (16 minutes)

• Al Sharpton has called for the Washington regime to take over policing in the city that was once called Baltimore. (25 minutes)

• Approximately one third of Black males in the United States will be tried, convicted, and imprisoned at some time during their lives. It’s time for separation of the races. (26 minutes)

• Could Freddie Gray have been a victim of the new designer drug “flaca,” which causes its users to go berserk? (28 minutes)

Remember, you can listen to the Liberty Net every week — usually on 3995 kHz, plus or minus the interference — every Saturday night at 10PM Eastern Time (and every Wednesday too), and also via the Internet. You can also download the Liberty Net right here at https://3950.net and listen in your car, at work, or wherever you like. Listen to the Survival Net, Sundays at 10PM, too. Check in on the air and join the excitement!