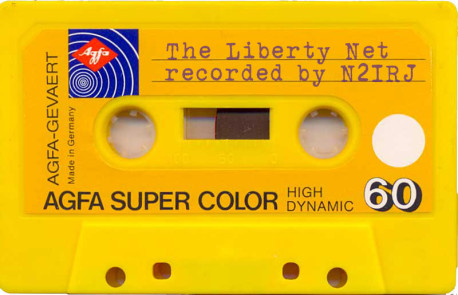 ONE OF THE RULES in the Liberty Net chat/discussion room is “be civil” and another is “no personal attacks on net participants.” Recently, one or two individuals have violated these rules, in one case by impersonating another operator. Be aware that this kind of behavior (or any attempt to impede the discussion or dominate the room) is not going to be tolerated, and may result in a ban on your computer from checking in to the chat.

Here’s my slant on a few of the concepts and events discussed on the net’s session this week:

• The controlled media, especially the fake “conservatives” at Fox News, are fawning all over arch-terrorist and murderer Benjamin Netanyahu, which the rest of the world sees for the evil monster that he really is. (13 minutes)

• Hillary Clinton is trying to gain the presidency by facilitating the genocide of our race: She has just promised to instantly legalize all the Mestizo illegal invaders by executive fiat. (25 minutes)

• The menagerie of presidential candidates for both the Democratic and Republican parties is nothing short of an absolute embarrassment and shame to America: Every single one of them is a traitor to our race and nation and absolutely subservient to the Jewish oligarchs and Israel. (30 minutes)

• It’s mind-blowing to think that we now live under a regime that sends presidential representatives to the funerals of criminal Congoid thugs whose deaths sparked Black riots that set our cities aflame. (34 minutes)

• The propaganda about the “inevitable brown future” — that is, a racially mixed America — is just psychological warfare designed to demoralize the White population. A “brown future” is no more inevitable than the “inevitable triumph” of Soviet Communism was. An investment of a few billion — say, ten times as much as Russia has put into RT — from a White-friendly foreign power could totally change the racial dynamic in the US — as could a declaration that a White country, or coalition of countries, was setting itself out to be a new White homeland where all bank debts would be forgiven. There are already pro-White parties with significant representation in some European governments. (52 minutes)

• One of the most effective programs to suppress the White birth rate — and enslave the best White people to the bankers for at least half their lives — is the so-called “student loan” program. (55 minutes)

• Several large religious groups — Jewish Immigrant Aid, Catholic Charities, Lutheran and other Protestant groups — are making millions of dollars by purposely settling non-Whites in predominantly White areas. They fund them with part of the (government) money, then teach them how to apply for “benefits” so the White taxpayers are forced to continually finance their own extermination. (1 hour 8 minutes)