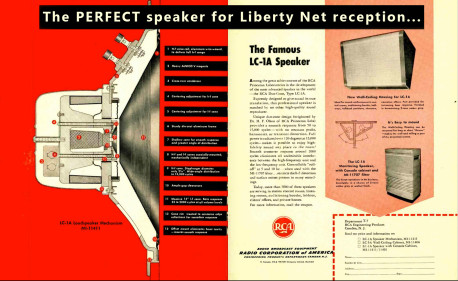 ONE KIND of person I really appreciate — especially in these days of increasing corporate and government tyranny — is the person who has figured out that the “authorities” are often wrong, that the majority is always wrong, and that things are far, far different from the way they are portrayed in the controlled media.

Here’s my interpretation and summary of some of the idea presented and debated on the Liberty Net this week:

• If motorcycle owners can be put on a list — and they have been — of those “deserving” more intense law enforcement scrutiny, then why shouldn’t Blacks, Mestizos, and others? (6 minutes)

• If the regime in Washington is really concerned about “Islamic terrorism,” why do they continuously import Third World Muslims into our nation? (16 minutes)

• There’s a book, titled America Invades, which documents all of the invasions and aggressions that the Washington regime has committed over the years — and it’s quite a long list indeed. (18 minutes)

• A new law in Russia has been enacted to punish the acts of any foreign foundations, “human rights groups,” or other so-called NGOs which engage in activities deemed “undesirable” by Russia. This is probably intended to curb the innumerable Soros-funded or CIA-funded or Mossad-funded groups interfering in Russian affairs. They saw what the Evil Empire did to Ukraine, Iraq, and Afghanistan — and they don’t want the same thing to happen to Russia. (20 minutes)

• I predicted it 20 years ago on the Liberty Net and on my radio program: The Jewish power structure which dominates the media now wants to make us believe that our sexual identities should be “fluid” and that there is no such thing as genetically-determined and immutable male or female sexual identity. This is a deliberate effort to confuse our natural mating and reproductive behaviors — and reduce the White birth rate to suicidally-low levels. (25 minutes)

• It is now estimated that over a quarter of the Mexican population is has now invaded the United States. (35 minutes)

• The bankers are once again floating the idea of abolishing cash. The cashless society would be one of the greatest instruments of tyranny ever conceived by the mind of man. (40 minutes)

• While America, Germany, Britain, France and other Western countries have birthrates so low as to guarantee the extinction of White people there — in Russia, White birthrates are up with the help of a government program that help and reward parents for every child born. (53 minutes)

Don’t be shy — check in to amateur radio’s historic Liberty Net every Saturday and Wednesday night — on some clear 75 meter frequency, usually on 3995 kHz in recent weeks. (The net sometimes has to be frequency-agile to avoid receiving, or causing, interference.) And check out our Internet feeds which can help you copy, and communicate with, weak stations. The “live” links can be found in the left column of this site.