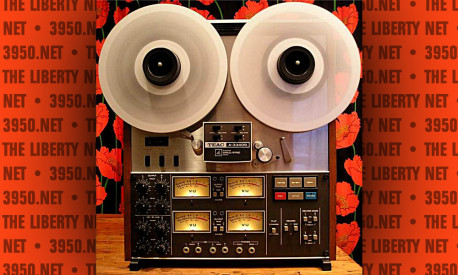 ONE OF THE most interesting parts of amateur radio is exchanging ideas that go far beyond mere technical discussions. And there’s no better place to do that than amateur radio’s 41-year institution, the Liberty Net.

Here’s my summary of and commentary on some of the ideas brought forward on the net this time:

• The optimistic predictions did not come true — the enrollments in the technically “mandatory” Obamacare program in Hawaii have not reached the self-sustaining level, with only 37,000 enrollments. (18 minutes)

• Another thing to remember if you intend to obey the “law,” and actually sign up for the public/private monstrosity called Obamacare: You will not under any circumstances be able to obtain any innovative or newly-developed treatments, no matter how well-proven and effective they may be, and no matter how much you need them — even to save your life. (22 minutes)

• One third of the regime’s “Supreme Court Justices” are Jews — though Jews only constitute 2.5 per cent. of the American population — and their vote was decisive in the recent decision to legally normalize homosexual perversion. (25 minutes)

• The president of the Southern Baptist Convention recently declared that he would never sanction or officiate at a homosexual “wedding” — and this position was, obviously, in harmony with evolution and Nature’s laws. But then he went on to spoil everything by denouncing “racism” as a “sin” — when, in reality, racial consciousness and the deep concern of the members of every race for their own race’s survival is also natural and good. (32 minutes)

• Another aspect of homosexuality that is seldom mentioned is that, through their misuse of the human body, homosexuals have a notably shorter lifespan on average than those not so afflicted. It is therefore an anti-life-extension practice. (37 minutes)

• The Washington regime’s “Department of Housing and Urban Development” is now openly using its powers to force White neighborhoods — even the most remote, which have been all-White since the beginning of this country — to accept non-White invaders. (44 minutes)

• Mexico is essentially a triracial country: Indians, Mestizos, and Whites. The interesting thing is that the government there is not trying to force the races to live together, and there is a great deal of peaceful, natural separation. (47 minutes)

• In a recent survey, more than 80 per cent. of Italians want no more non-White immigration into that country, and believe that the military should be used to stop the invasion if necessary. (49 minutes)