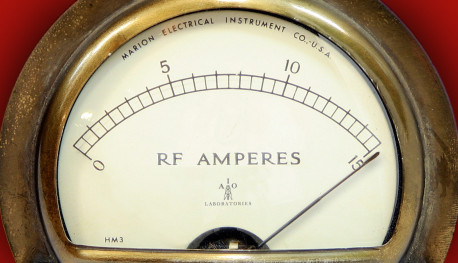 LAST WEEK, I told you about SDR transceivers and receivers and their many advantages for amateur radio listening and transmitting. Today I’ll add some links so you can see what’s available direct from the sources:

This isn’t an exhaustive list, far from it — SDR development and availability is constantly expanding — so do your own research.

Here’s a brief summary of — and my comment on — some of the issues discussed on the net this week:

• A terrorist attack in Belgium (by a non-White, natch, who had recently slithered in from Morocco) was recently thwarted by three brave men who took matters into their own hands. But there is a much better solution: No non-Whites should be permitted in White countries; problem solved. (10 minutes)

• Donald Trump may well be a phony and not really as devoted to the interests of White Americans as he appears to be. He is a creature of the New York Jewish financial machine, and he supports their wars and their murderous state in the Middle East, for example. But he has certainly gone off script on immigration matters, opened up the debate, and thereby enraged his handlers. Apparently, like Jack Kennedy, he thinks that he doesn’t always have to obey the Jews’ orders. (23 minutes)

• The central banks of the world are in a currency exchange war, a race to the bottom in which “he who devalues his currency the most can export the most and win the international trade game.” It’s also a way of rewarding financiers and industrialists by stealing wealth from pensioners and small investors, whose wealth is simply taken by such “devaluation” and put in the pockets of others. (27 minutes)

• In the current “devaluation war,” every country and central bank in the world seems to be dancing to the tune set by China, which tells us a great deal about the power of industrial production — which used to be the source of America’s wealth and influence. (32 minutes)

• If the Chinese succeed in building enough artificial islands in the South China sea, soon they will be able to plausibly assert sovereignty over a large area of what is now considered international waters. Is there anything to really stop them from doing the same in the Mediterranean — or Puget Sound, for that matter? (37 minutes)

• Golden Dawn have received a proposal to join a coalition government in Greece — a very positive development for Europeans everywhere. Don’t believe the fake-opposition Leftist or the billionaires’ controlled media outlets when they attack Golden Dawn: This is an absolutely authentic racial-socialist group with the best interests of the Greek people at heart. (Their socialism, by the way, has nothing to do with Soros- or Lenin-style international Bolshevism. It is not hostile to small business or private property and simply means that the state exists for the people, the culture, and the race — and not for the banks and faceless corporations.) (58 minutes)