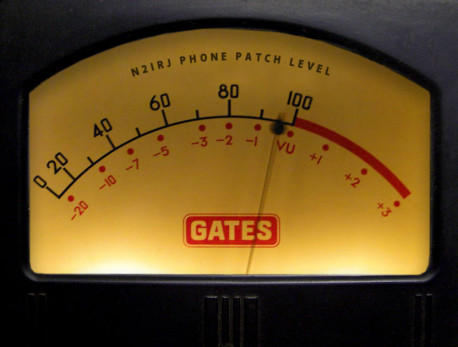 OPEN-WIRE BALANCED line is far superior to coaxial cable as far as loss is concerned — especially when the SWR between the line and your antenna is high. But what do you do when you want to feed an unbalanced antenna — like a vertical or inverted L — with balanced line? Conventional wisdom says it can’t be done. But it can. I developed a system using two current baluns and a conventional T-network antenna coupler which allows open-wire feed of my 150′ elevated-radial inverted L antenna. I can go on any frequency from 1.8 to 30 MHz with a perfect match and low loss, and tune the system in the shack. Write if you want to know more!

Here’s my summary of and commentary on some of the concepts brought forth on the Liberty Net this session:

• To “prove” that Donald Trump was wrong about illegal immigrant criminals, one media talking head recently opined that “most of the FBI Ten Most Wanted are White people.” But upon looking closer, you’ll discover that eight of the ten are actually Mestizos from Central America, which the regime’s FBI falsely categorizes as White. (18 minutes)

• Since they want to misclassify Mestizos as Whites, maybe Whites should sign up for race-based preferences and benefits by checking the “Hispanic” box on government and employment forms. (23 minutes)

• When did people get the idea that Wall Street and the banks produce not only something of value, which they don’t, but enough to justify leeching off a major part of the wealth of the country? (25 minutes)

• Why do so many conservatives, while they recognize that the regime in Washington is the greatest enemy our people ever had, still talk in terms of “our troops,” threats to “our security,” et cetera? Until the regime falls, we can never be free, so why should we support it in any way, or worry about threats to it? Every such threat is really a chance for us to regain our liberty and independence by bringing the regime down. The conservative failure to realize this, along with their foolish belief that Israel is our friend, are the two fatal flaws of conservatism. (52 minutes)

• Some creative people recently invented a hitch-hiking robot. It travelled successfully across Canada, Germany, and the Netherlands — but only made it a short distance when it was tried in the former United States: It was decapitated by vandals in Philly, where the density of Youfs and Dindus is particularly high, yo. (1 hour 8 minutes)