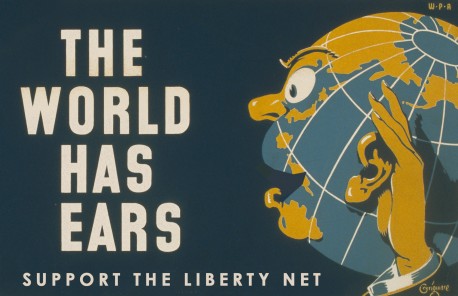 There was also a spirited debate on the Net regarding the Constitutionality of Arizona’s new law empowering police to question people on their immigration status: There was general agreement that the massive invasion from Mexico ought to be stopped, but disagreement on whether it is better to allow police to stop suspects on the streets, or instead transfer all our troops now participating in illegal Mideast wars onto our southern border.

Here are some highlights from this week’s Net:

• Why do people mindlessly support the government, even when it commits outrageous crimes and murders? Have the government killers at Waco or Ruby Ridge ever spent a day in jail or paid a dollar in fines? — for only two examples. (7 minutes)

• Is the low state of America partially due to the fact that the 1960s generation — the first to be baby-sat for its entire childhood by television — is now essentially in charge? (11 minutes)

• With the large numbers of illegal aliens in jail, there must be absolutely huge numbers in our communities, feral and uncounted. Arizona has reacted, since the Washington regime will do nothing to stop the problem. (13 minutes)

• It is indeed a strange phenomenon that the alleged “socialist” and pro-“change” president is pumping huge amounts of money directly into Wall Street — who in turn are funding him. (17 minutes)

• What is the significance of George Soros’ — who has fomented revolutions around the world and made billions by raiding the currencies of many nations — funding of Obama? (19 minutes)

• Once White Americans become a minority, the damage caused by mass immigration will be irreversible by conventional political means. (23 minutes)

All the Liberty Net recordings on https://3950.net/ are available for free download and listening on your iPod or other mp3 player — and you can listen and chat live while the Net is on the air via the streaming feeds set up by N2SAG and N2IRJ. Spread the word and, if you can, join in!