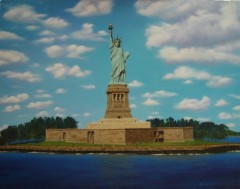 • Should Obama, Pelosi, McCain, and all of the Washington regime be forced to relocate to a temporary capital on the Arizona/Mexico border? Then they would experience what it’s like not to be protected from the invasion from the south. (1 hour 15 minutes)

• Was it a coincidence that the huge BP oil spill took place on Earth Day? Will it end up shutting down domestic oil production? And why was a SWAT team sent to the disaster site? — who did they think they might have to “swat” down? What so-called “ally” in the Middle East benefits from keeping America dependent on Middle Eastern oil, which would keep us fighting their wars for them? (1 hour 18 minutes)

• What should be done with crooked financiers who go broke? Apparently, both political parties think that they should be simply be given billions in taxpayers funds on a silver plate. (1 hour 25 minutes)

• Why are more and more Americans seriously considering leaving the country? (3 hours 15 minutes)

• Why did the U.S. government entice the owners of a perfectly legal sports wagering Web site in Antigua back to this country, just to arrest them for violating an extremely obscure and questionably interpreted tax law? (3 hours 18 minutes)

• If the Earth Day destruction of the oil platform causes America to scale back offshore oil production, will the Chinese move in? (3 hours 48 minutes)

• Is the story of Obama’s recent “mistress” in the pro-Obama National Enquirer just a preemptive cover for stories of his homosexual dalliances that may be about to break? (3 hours 50 minutes)

• Why are automobile dealers demanding detailed financial information even from customers who don’t ask for credit? Answer: The government demands they collect it for so-called “security” reasons, ordered by the misnamed Patriot Act. (4 hours 3 minutes)

The Liberty Net is amateur radio’s longest running discussion net, beginning in 1974 with Net Control station W1WCR at the helm. You can listen and chat live while the Net is on the air (at 10 PM Eastern Time every Saturday night on or within 10 kHz or so of 3950 kHz) via N2SAG, N2IRJ, and other stations who link their streaming audio to N2SAG’s. If you have an amateur radio license, feel free to check in. And, as always, you can download the latest mp3 recording of the Net right here at https://3950.net and listen at your leisure.